The USO presents Chef Robert Irvine for a meet & greet at USO Schofield Barracks! (Event starts at 11:30am)

First-come, first-serve. Event is open to all military ID card holders and their dependents.

Robert Irvine is a world class chef, fitness authority, and philanthropist. He seeks to inspire people to live better through all his endeavors. Robert is a tireless supporter of our nation’s military. He believes that none of his success would be possible without the brave men and women who defend our freedoms, and so he gives back generously with his time and treasure. Robert founded The Robert Irvine Foundation in 2014 to support the veterans and veteran causes that need the most help. A portion of the proceeds from Robert Irvine Foods goes directly to the foundation, along with public donations. The full amount of these funds are then disbursed through the foundation’s grants program. Past grants have been awarded to the USO, Valor Service Dogs, the Gary Sinise Foundation, and the American Veterans Center.

Ambassador of the Culinary Institute of America awarded in December 2007

Episode of Restaurant: Impossible in the Culinary Hall of Fame 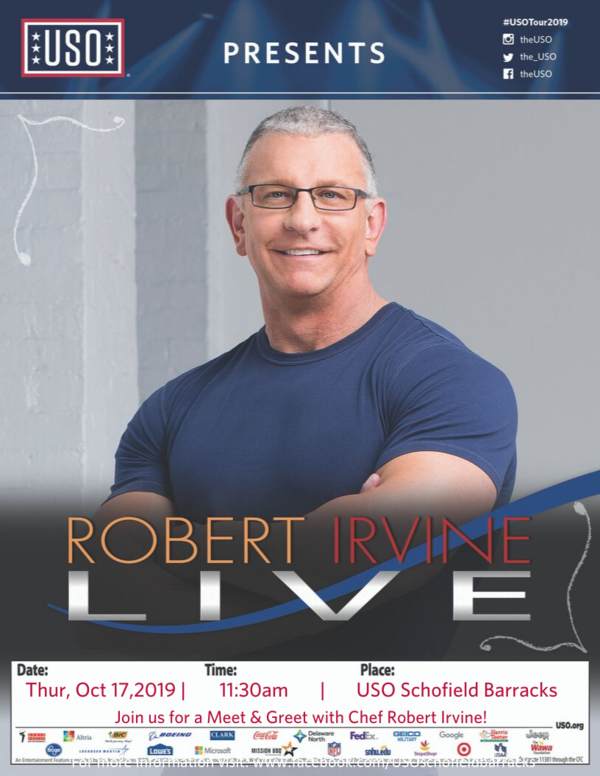