Christmas Brings a Special Visit from Santa, Mrs. Claus, and The Grinch to USO Schofield! 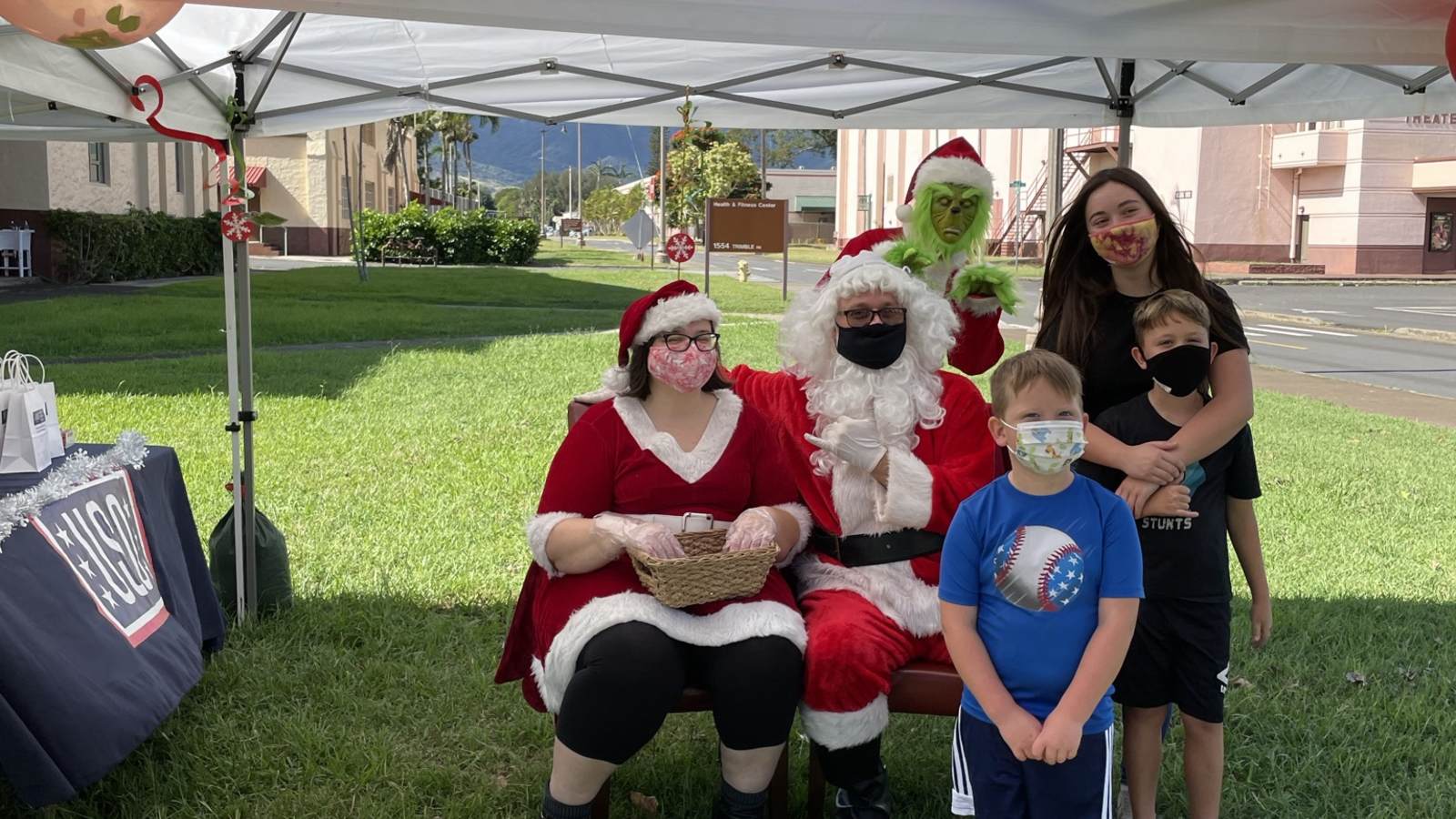 The Grinch surprising Santa, Mrs. Claus, and a military family at USO Schofield. 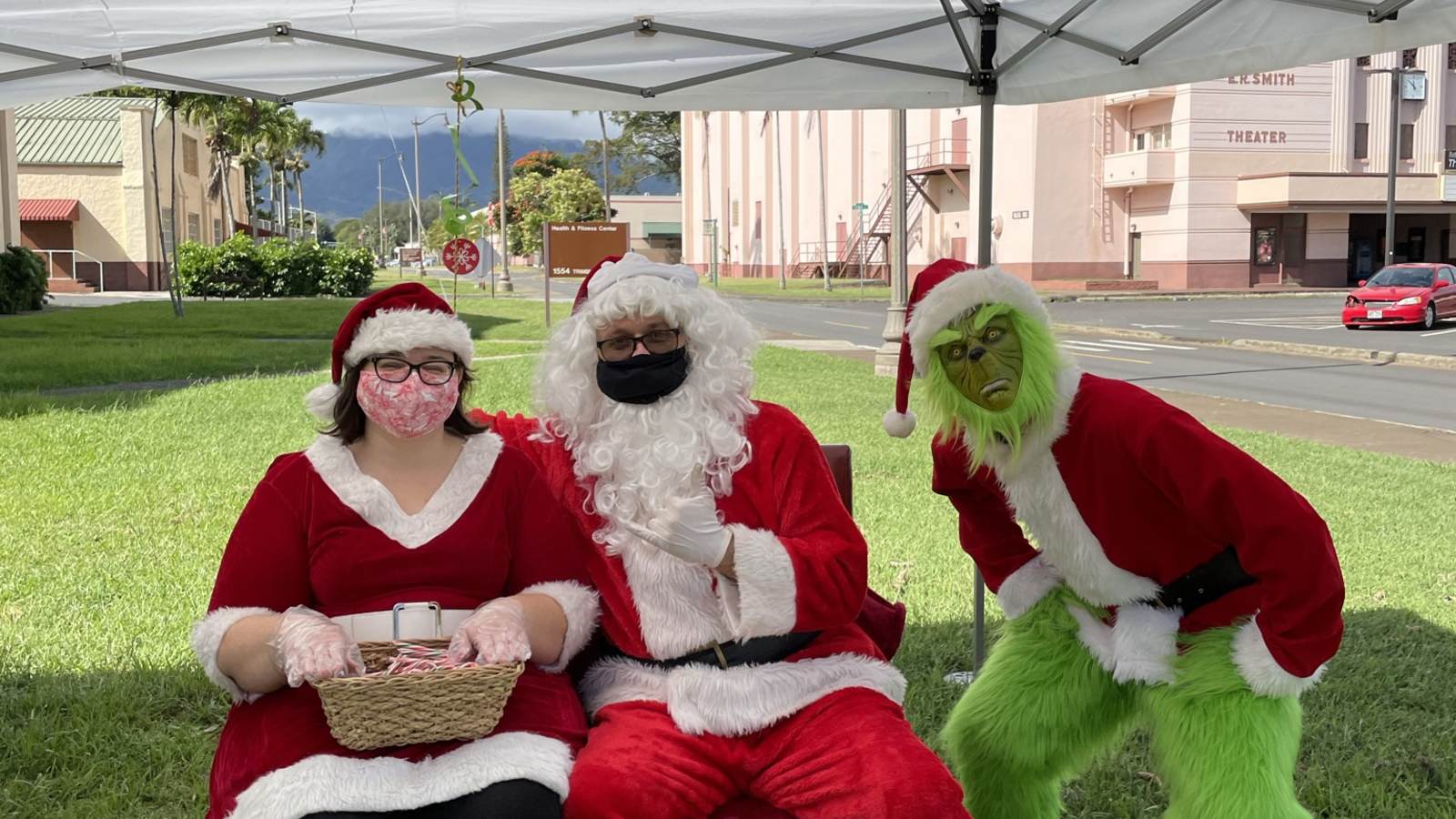 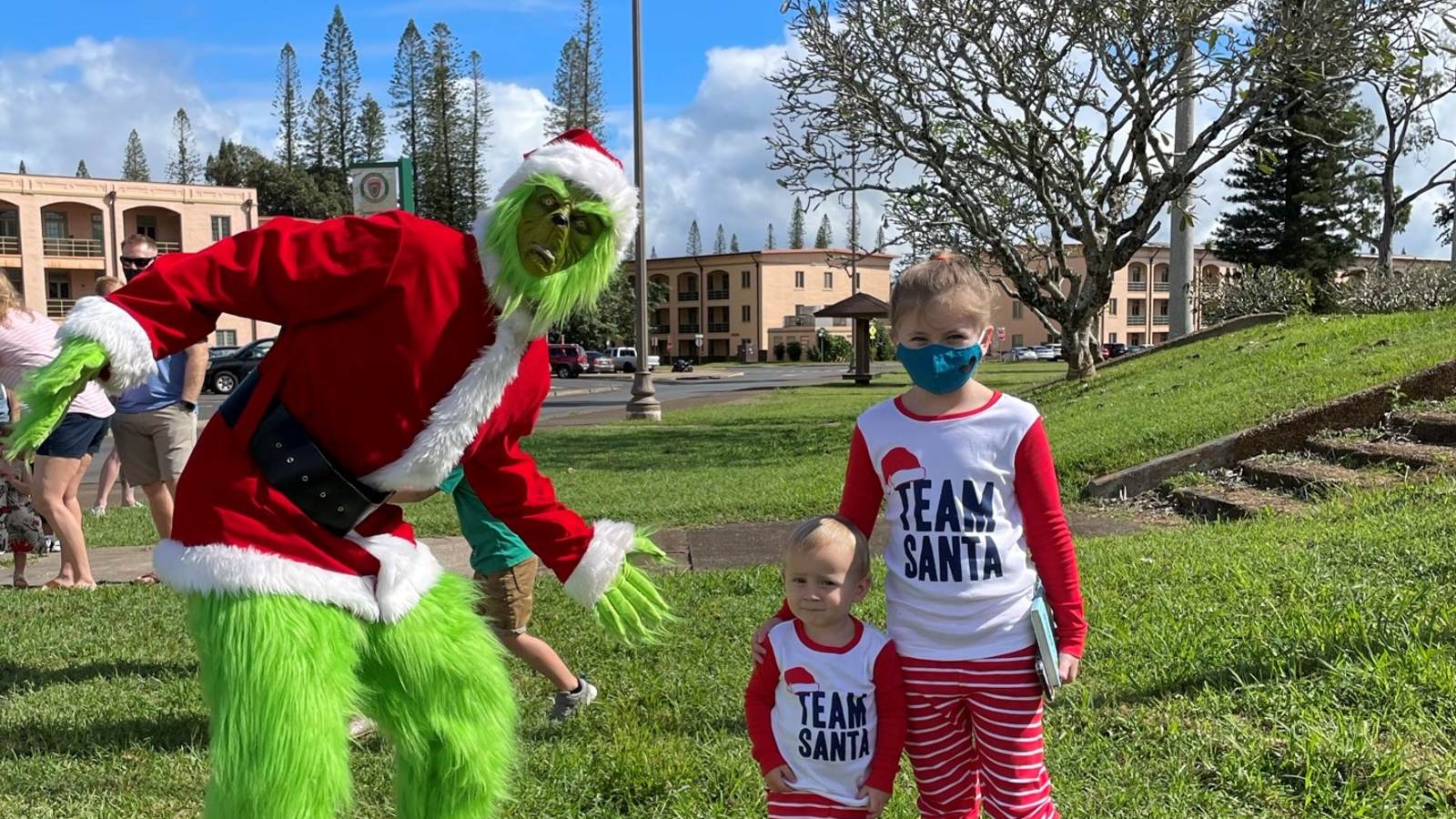 The Grinch with team Santa 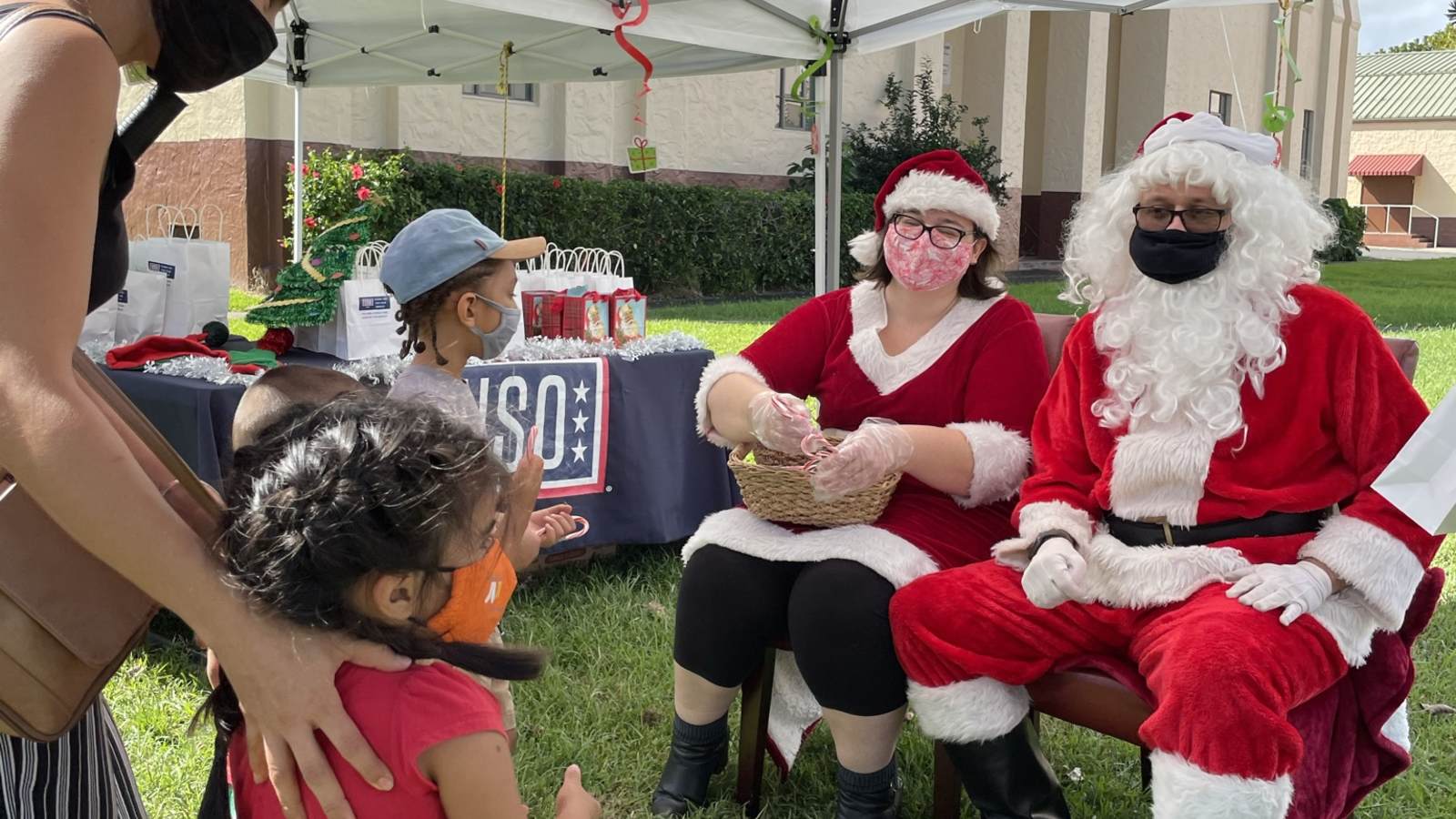 That Grinch is a mean one until he visited all the good boys and girls of Hawaii. His heart grew three times larger on Christmas Eve when he arrived at USO Schofield with Santa and Mrs. Claus!

USO Schofield hosted a Holiday Gift Grab and Go event for military dependents stationed in Hawaii for the 2020 holidays. Santa and Mrs. Claus flew from the North Pole to provide toys and candy canes to all the littlest members of the military community to make this year’s holiday season extra special. One by one, each child was first greeted by the Grinch, who questioned the children about the upcoming holiday. Fearful at first, the children warmed up to the Grinch and realized he wasn’t there to steal Christmas. One little girl even asked for his autograph in her Grinch book!

Delightedly, the children inched closer and closer to Santa Claus, exhibiting wonder and excitement with each step. Multiple families expressed that restrictions due to COVID-19 encouraged a unique way of celebrating during the holiday season. Many parents shared their appreciation to USO Schofield for providing an exceptional opportunity for their children to meet Santa Claus, Mrs. Claus, and the Grinch as well. One parent, Jordan Kerr, brought his three children and shared, “Thank you, USO Schofield, for putting this together for the military dependents here. It’s been a tough year, but this made it special not just for the kids but the parents as well. You guys [USO] have always been there for my troops and me through deployments and hard times so, it’s nice to see something for families too. I appreciate you and what you do for the military community. Thank you, USO!”

Not only did children get to meet these three iconic holiday figures, but they also received a gift from Santa! The presents ranged from little trucks, beach toys, dream tunnels, and more. From little kids to teens, everyone that attended received a gift from Santa. It was an exciting day and, the children expressed so much joy. USO Schofield immensely enjoyed facilitating the USO’s mission in strengthening America’s military members by keeping them connected to family, home, and country.