Volunteer of the Quarter for 2022 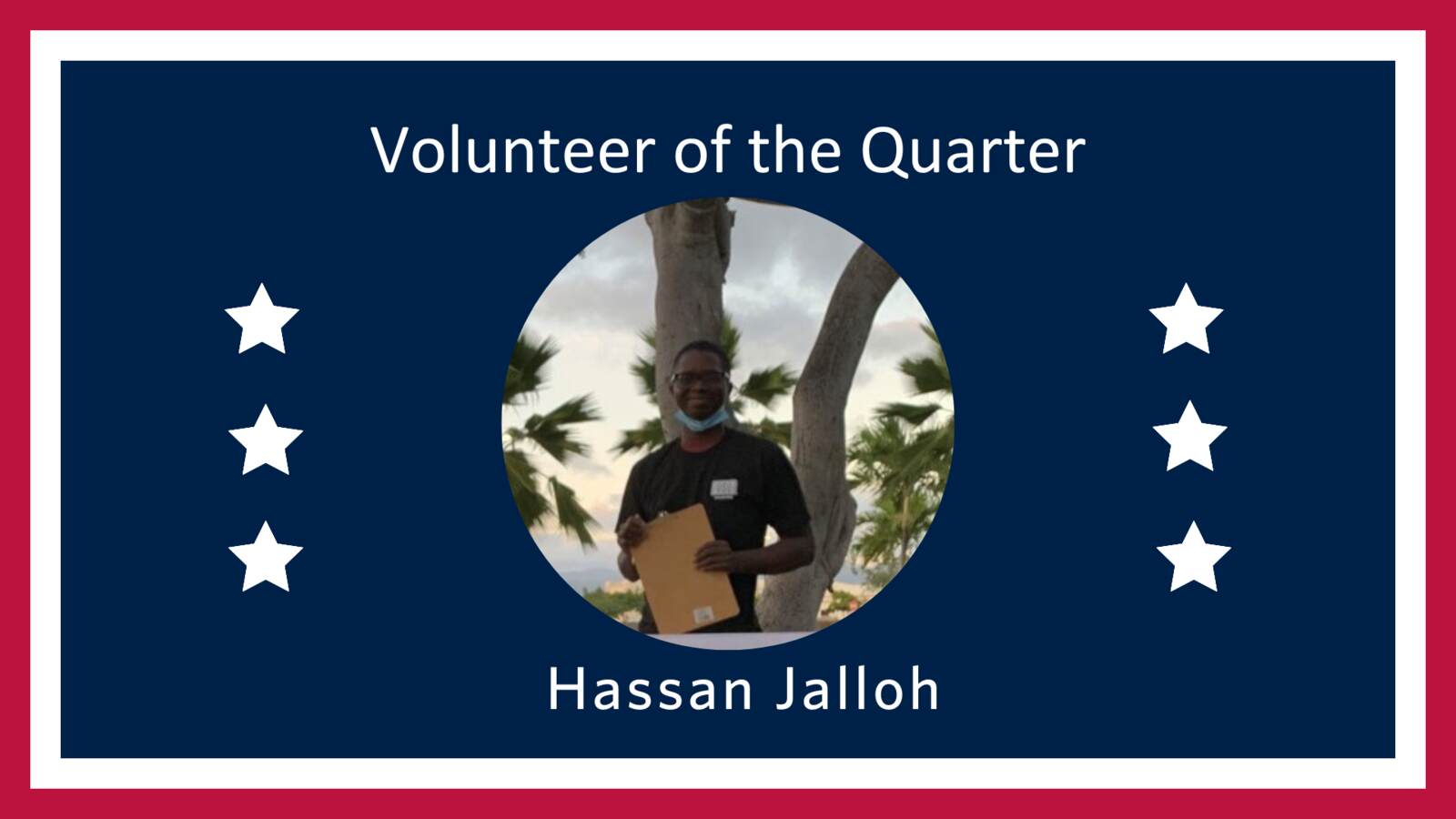 We are pleased to announce Hassan as USO Hawaii Volunteer of the Quarter for Q4 2022! Our appreciation goes out to him for his commitment and dedication to the USO. As an active duty Service Member, Hassan finds time to give back to the military community despite his busy schedule between work and taking classes to advance his education.

Since joining USO Joint Base Pearl Harbor-Hickam seven months ago, Hassan has devoted his time assisting with the center’s daily operations and special events. During his leave from work, he devoted his time to the center by taking at least one shift each day. He has made the center a welcoming place for both Service Members and their families as all who enter the center are greeted with a smile. On his own initiative, he will take care of anything that needs to be done for the center; snacks are stocked, and the center is kept clean for each visitor.

In addition to volunteering at the center, he was an integral part of the team that helped the center to organize special events, such as the large-scale fall festival that took place this September. During that event, he was involved in all aspects of the preparation, execution, and closing. Because he had contributed so much to the preparation, he needed little instruction during set-up and did most of it himself. The staff and other volunteers were able to do their jobs more effectively and efficiently that day as a result of his hard work.

Hassan Jalloh is a truly outstanding volunteer who embodies mission first and excellence as key USO values. The efforts he has made and the dedication he has displayed are greatly appreciated by us.