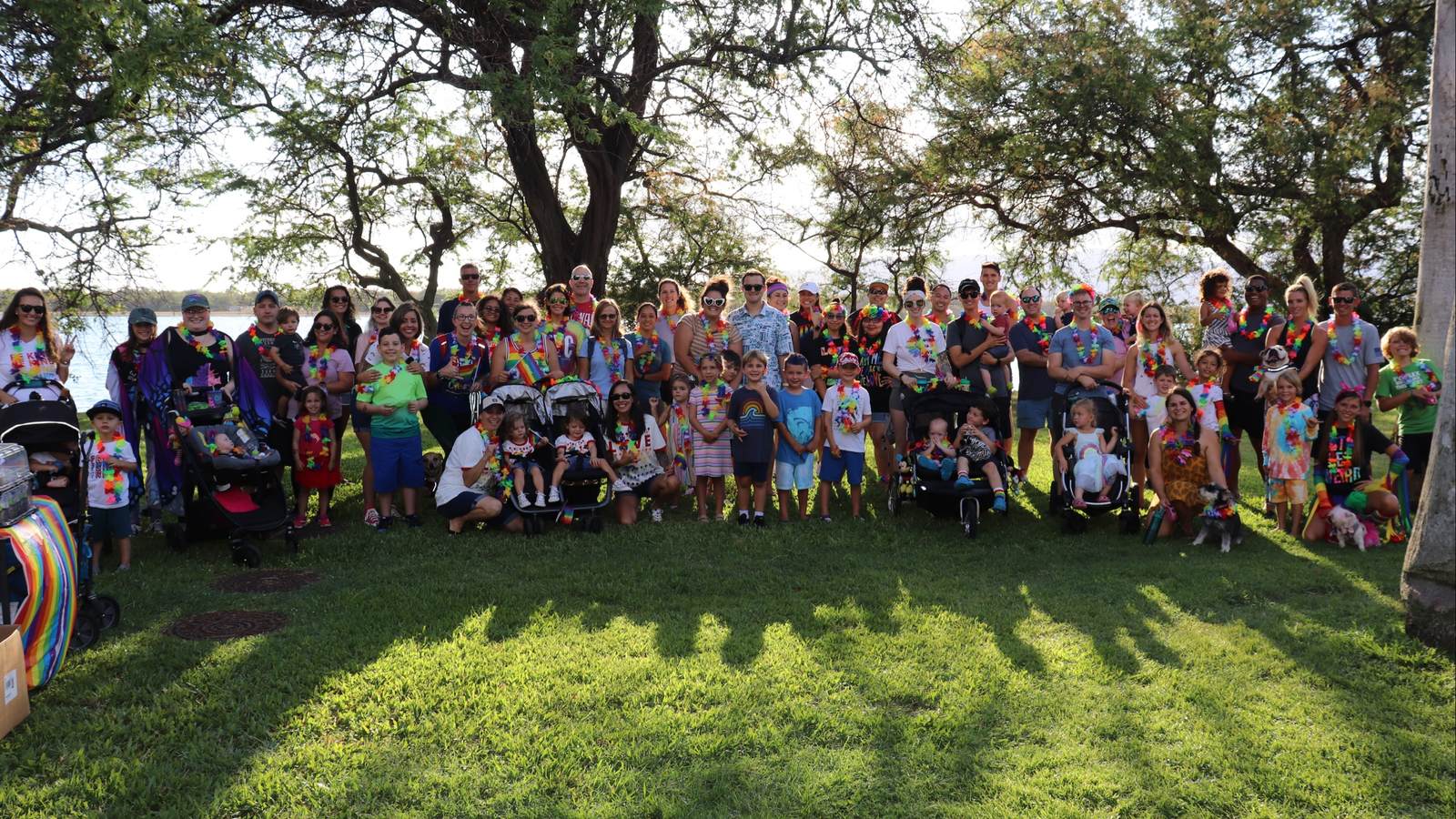 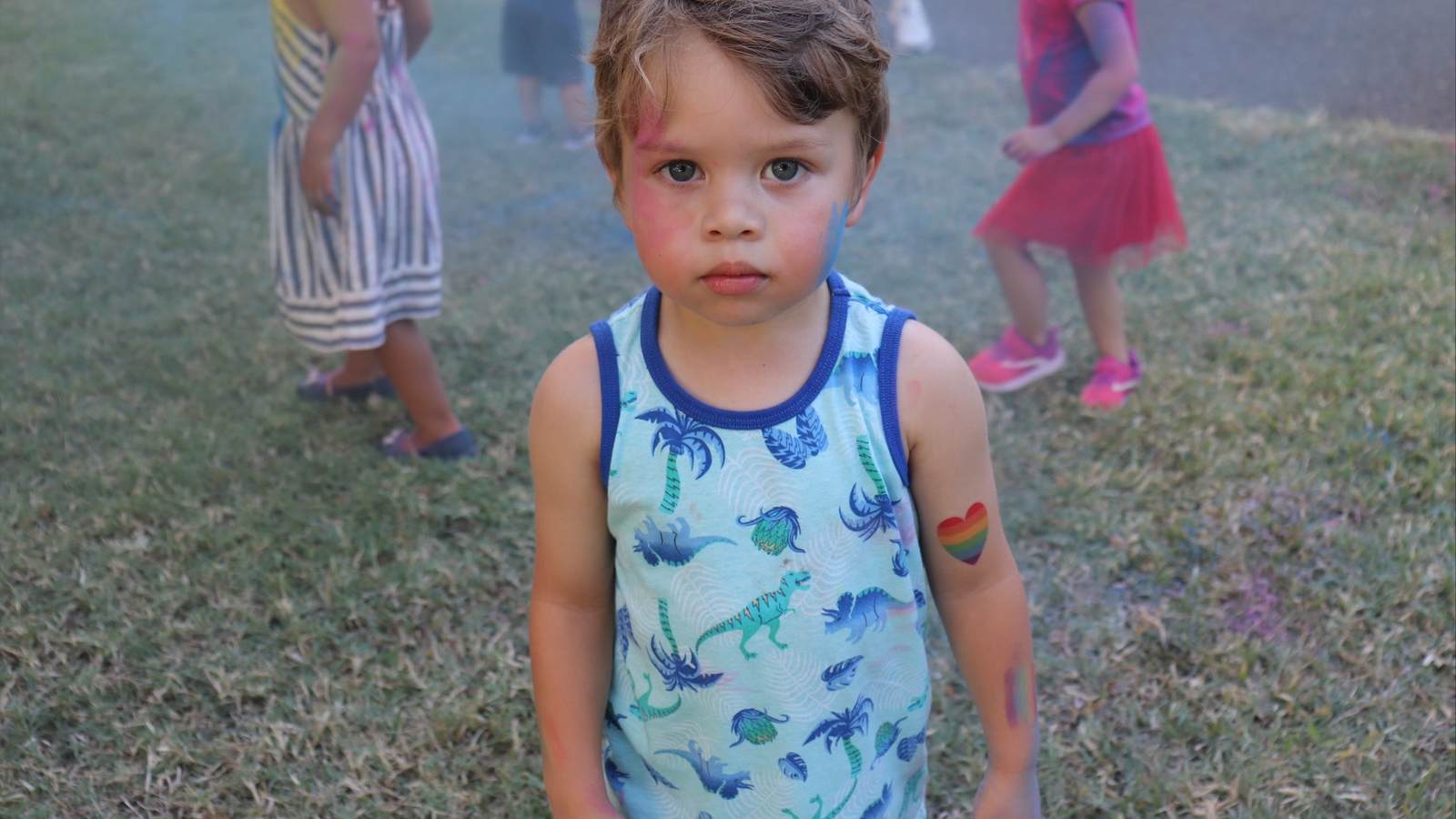 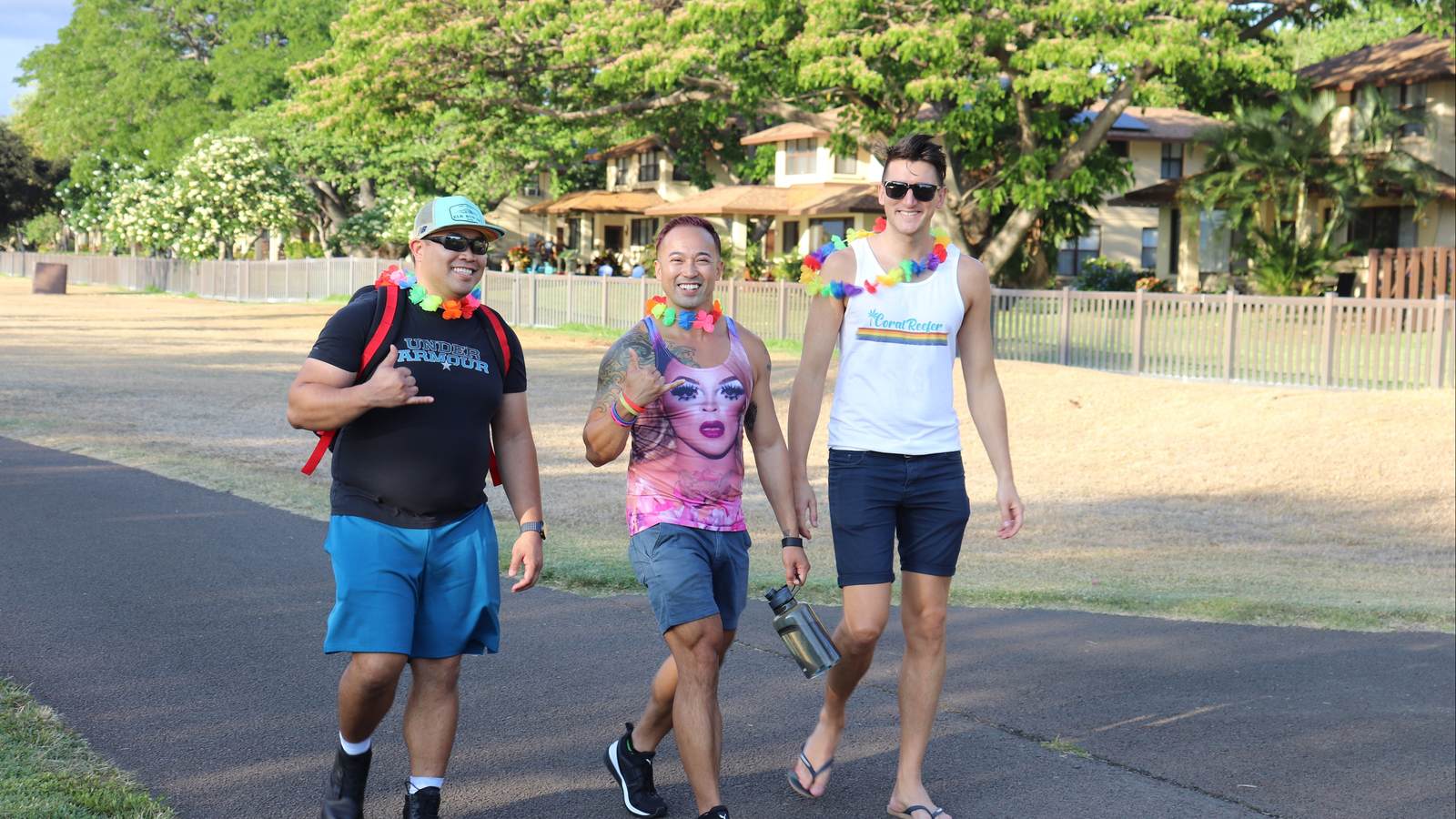 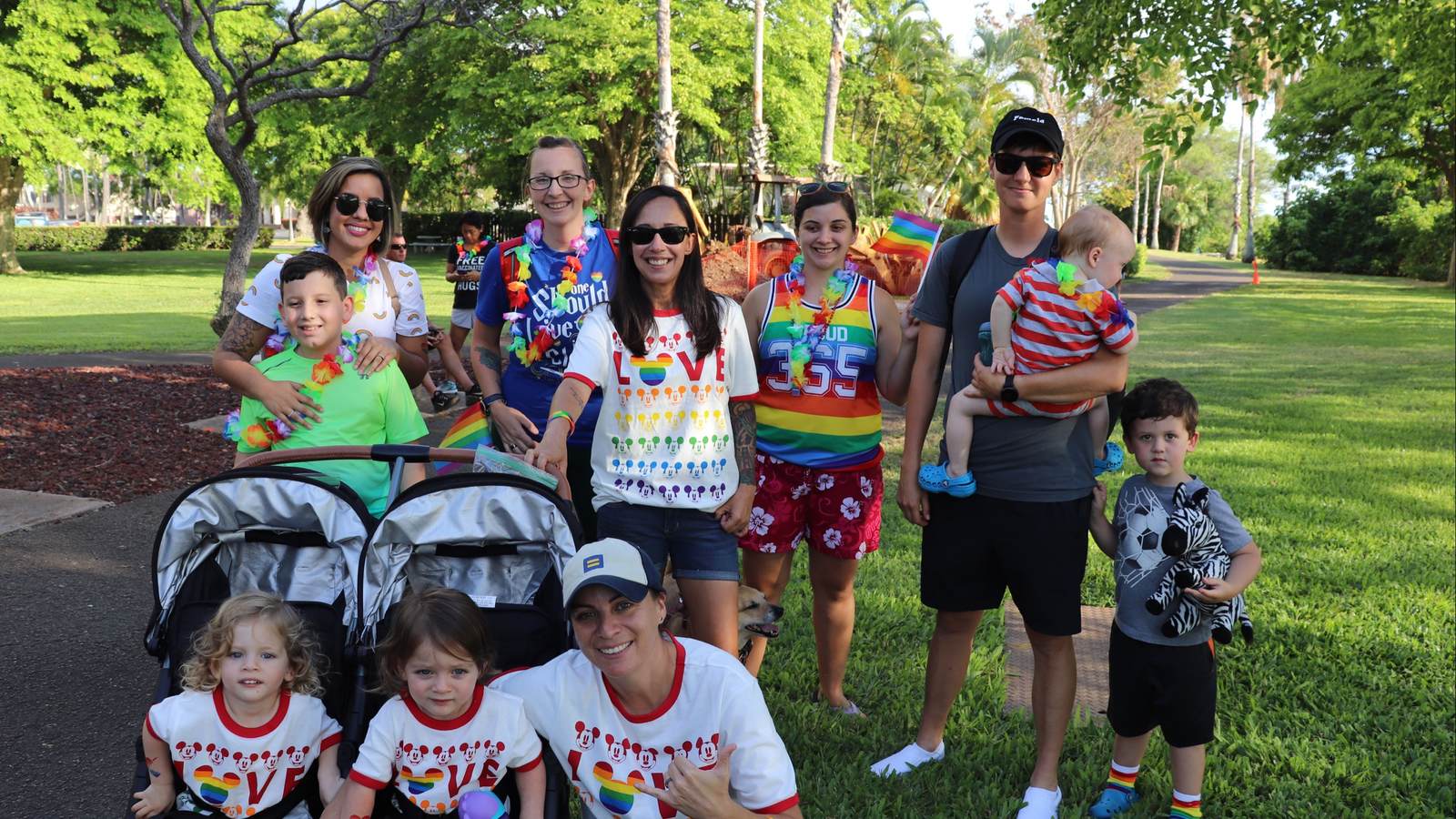 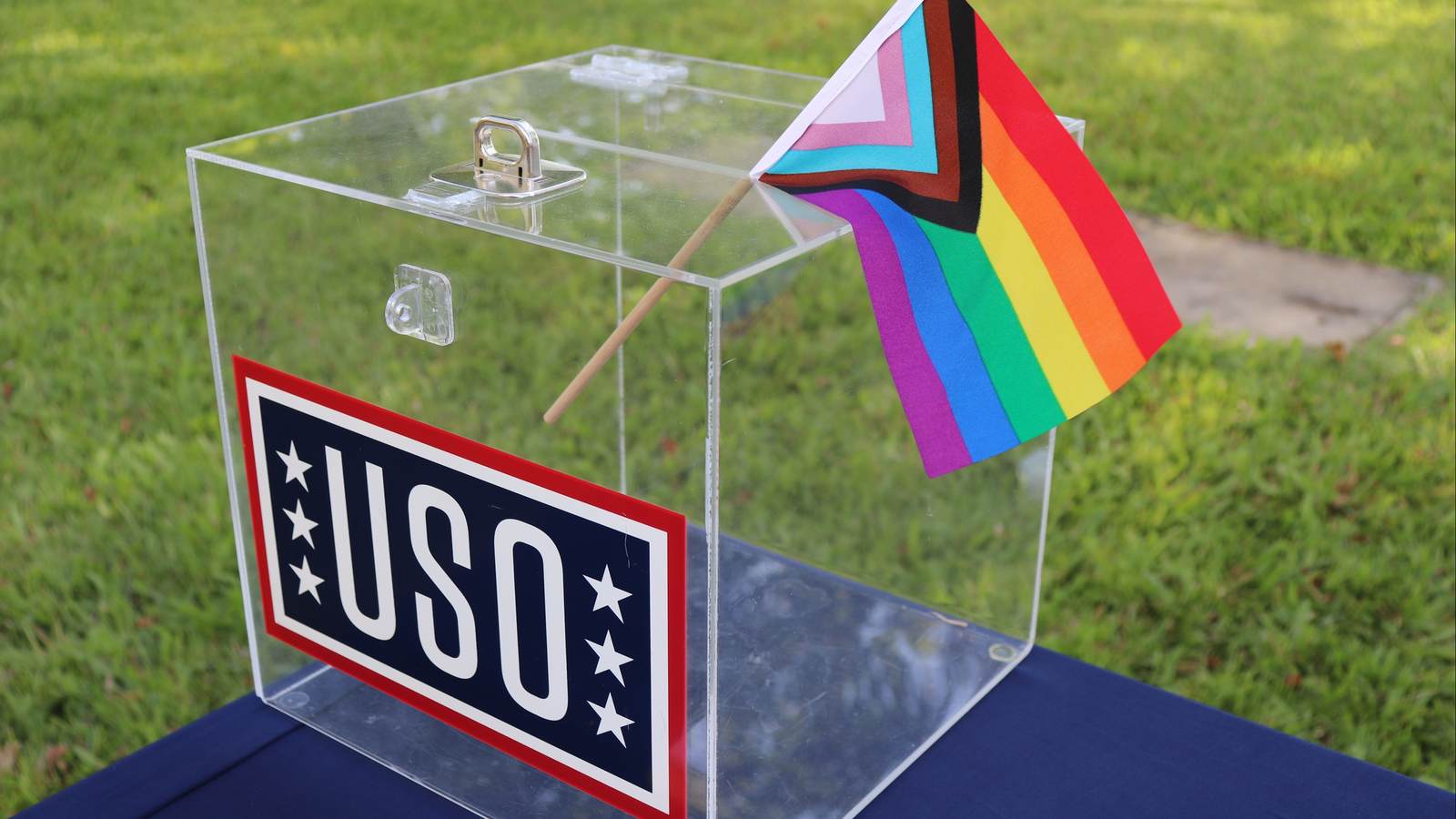 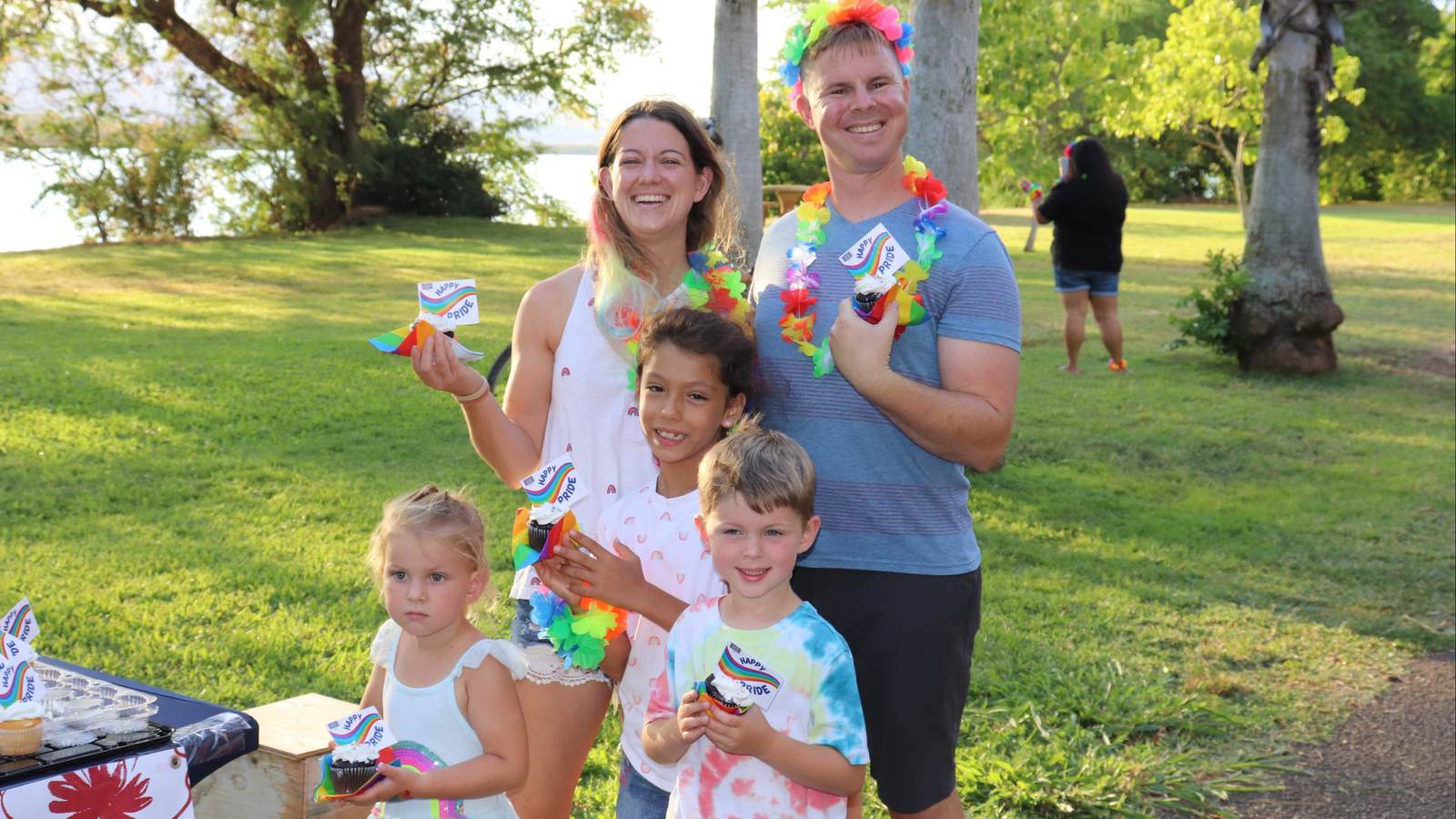 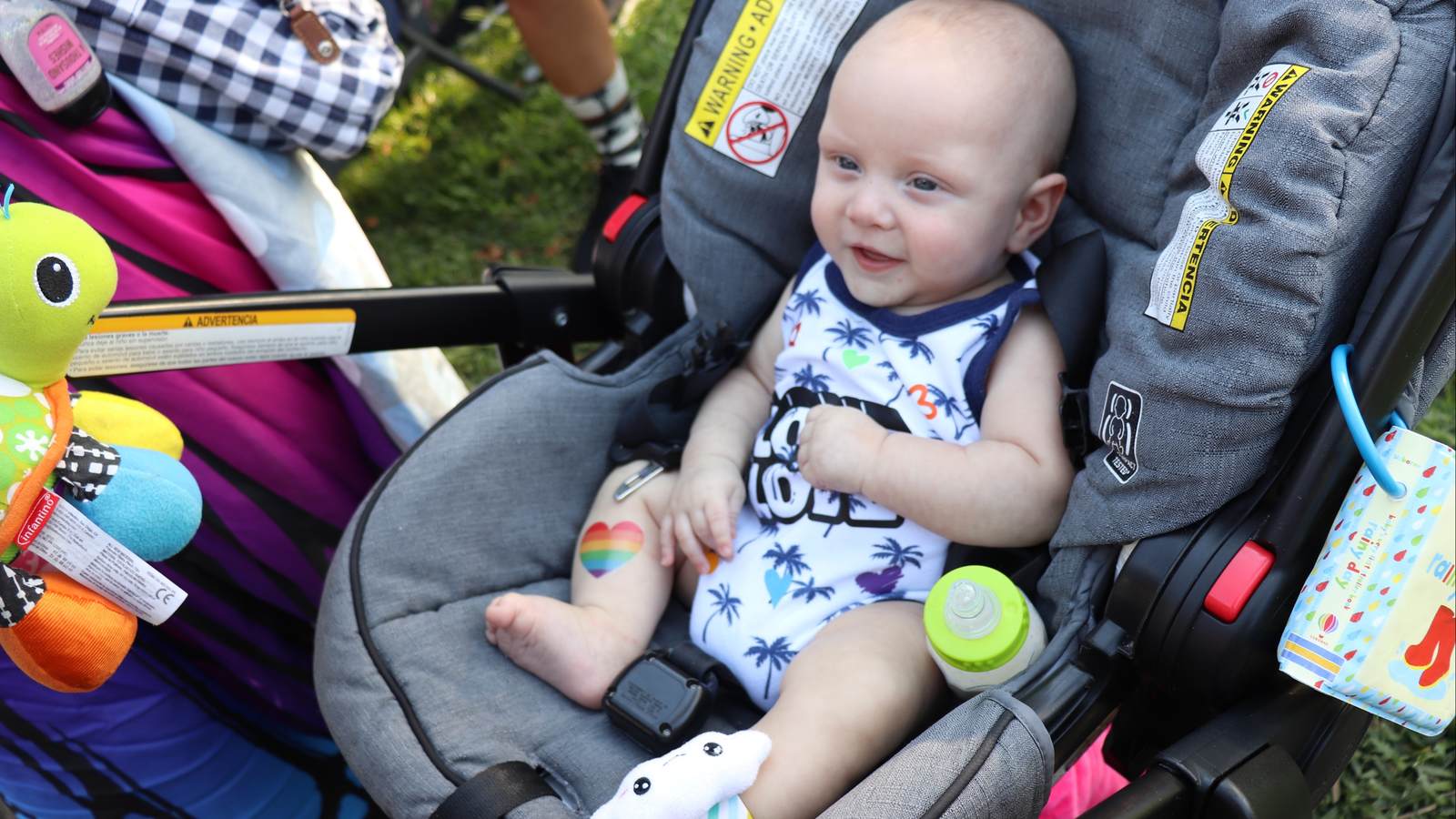 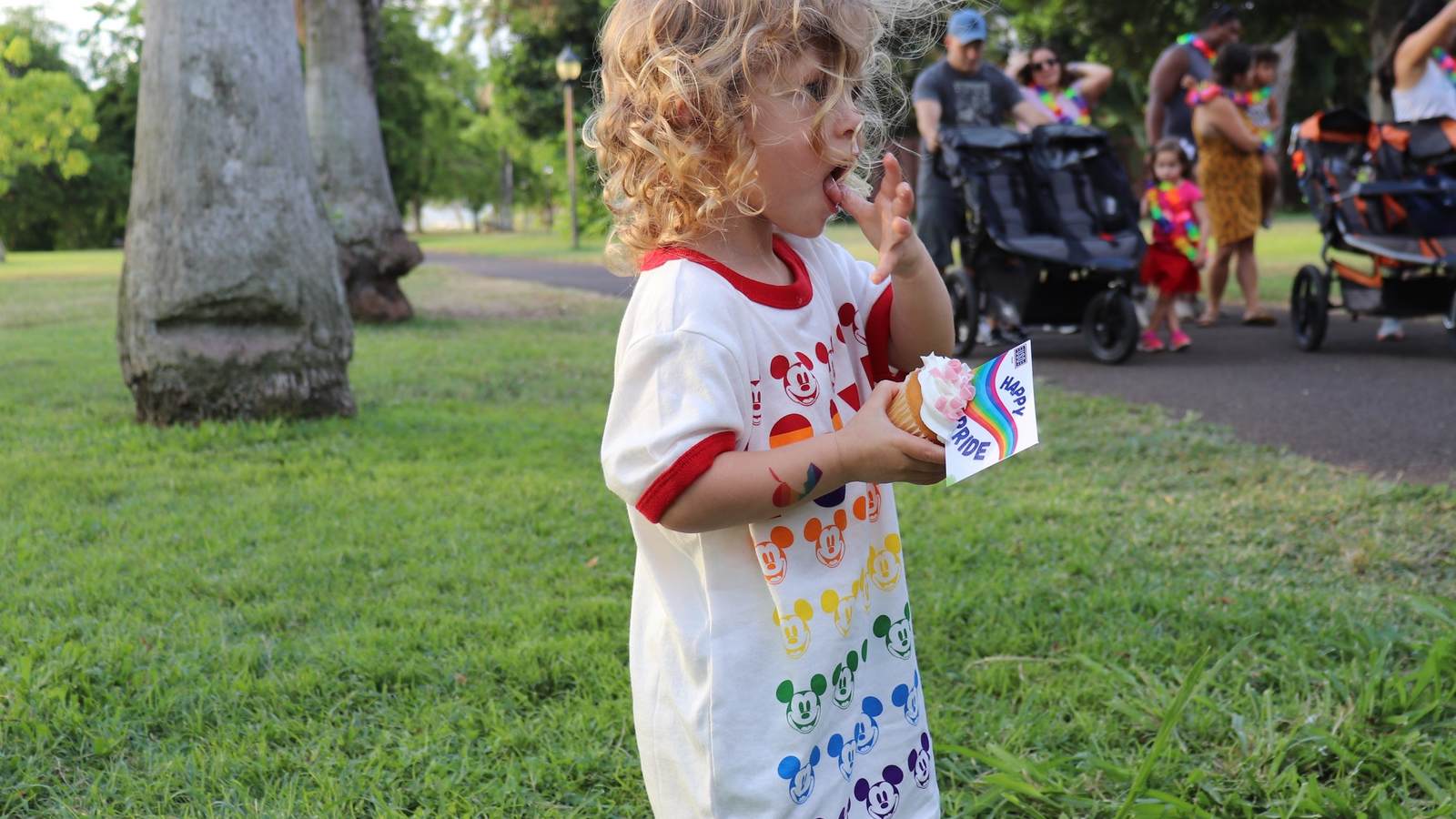 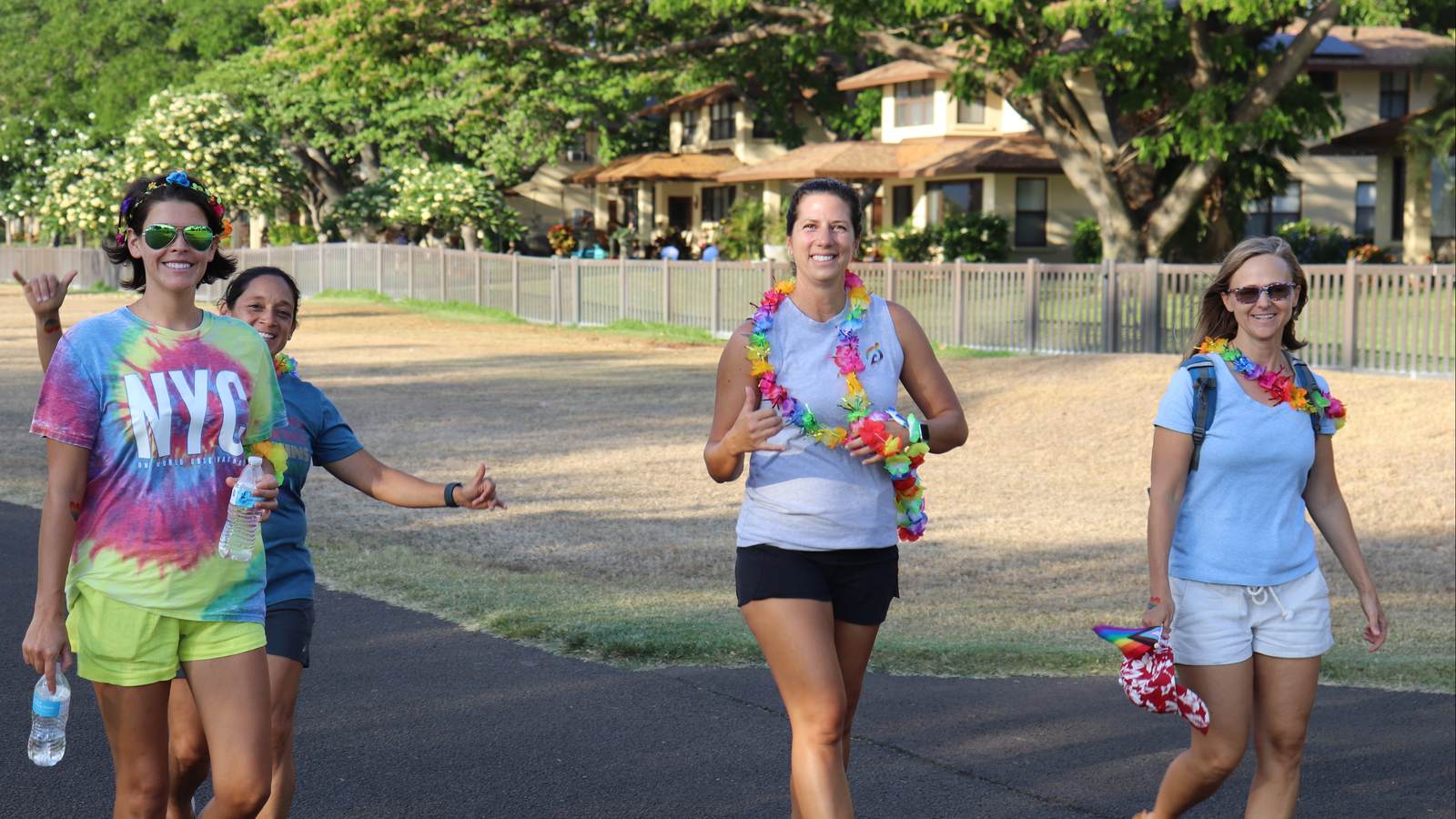 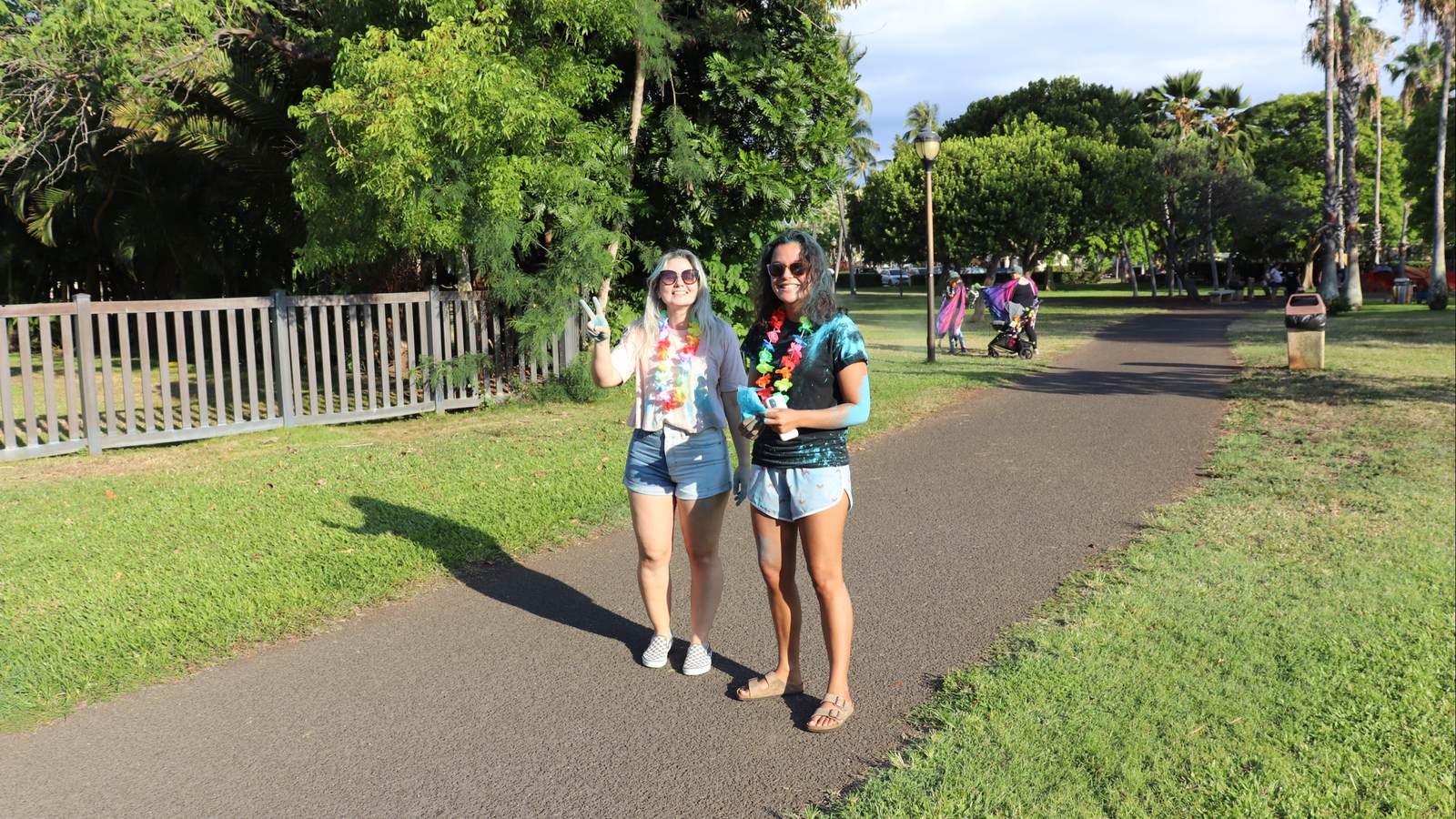 USO JBPHH celebrated Pride Month 2021 with a community walk to bring celebration and visibility to the Hawaii LGBTQ+ military community.
Pride month honors and remembers the uprising at the Stonewall Inn, which occurred in June of 1969. Marking it, as President Biden beautifully stated,
“a call to action that continues to inspire us to live up to our Nation’s promise of equality, liberty, and justice for all. Pride is a time to recall the trials the Lesbian, Gay, Bisexual, Transgender, and Queer (LGBTQ+) community has endured and to rejoice in the triumphs of trailblazing individuals who have bravely fought — and continue to fight — for full equality.”

The LGBTQ+ military community has endured discrimination throughout history, especially during “Don’t Ask, Don’t Tell” (DADT). DADT was adopted as the official federal policy on military service for lesbian, gay and bisexual individuals in 1994 and allowed LGBTQ+ service members to be discriminated against and discharged if they disclosed their sexual orientation. DADT sent a message of permissible discrimination until September 20, 2011, when DADT was repealed. Upon the repeal of DADT, service members previously discharged for their LGBTQ status were offered re-enrollment, and future recruits knew they would no longer face discrimination when trying to serve their country (The Human Rights Campaign, n.d.). Equality within the military has come a long way, however, in the words of Lloyd J. Austin, Secretary of Defense, “Our work isn’t done until we create a safe and supportive workplace for everyone –free from discrimination, harassment, and fear. Because nobody should have to hide who they love to serve the country that they love. And no service member who is willing to put their life on the line to keep our country safe should feel unsafe because of who they are. And no citizen who is qualified, willing, and able to do the job should be turned away. So, we’ve got more to do.”

The USO JBPHH Community Walk provided a moment to recognize the achievements towards equality the LGBTQ+ military community has made and celebrate the tremendous diversity in our community. Thank you to the service members, families, and friends who attended this event and showed up loud and proud in rainbow attire!

We asked our participants why Pride Month was important to them:

“To be proud of who I am and the build of my family of two moms!” – Natalie Bernal, United States Air Force

“I am a proud member of the LGBTQ+ Community. It’s important to celebrate our strides for future service members afraid to come out”. – JD Waring – United States Air Force

“As an ally, we have so many friends, family members, and people we love who deserve respect and representation through events like this.” – Unknown Participant

With your support, we look to have an even bigger and better Pride Month community celebration next year!