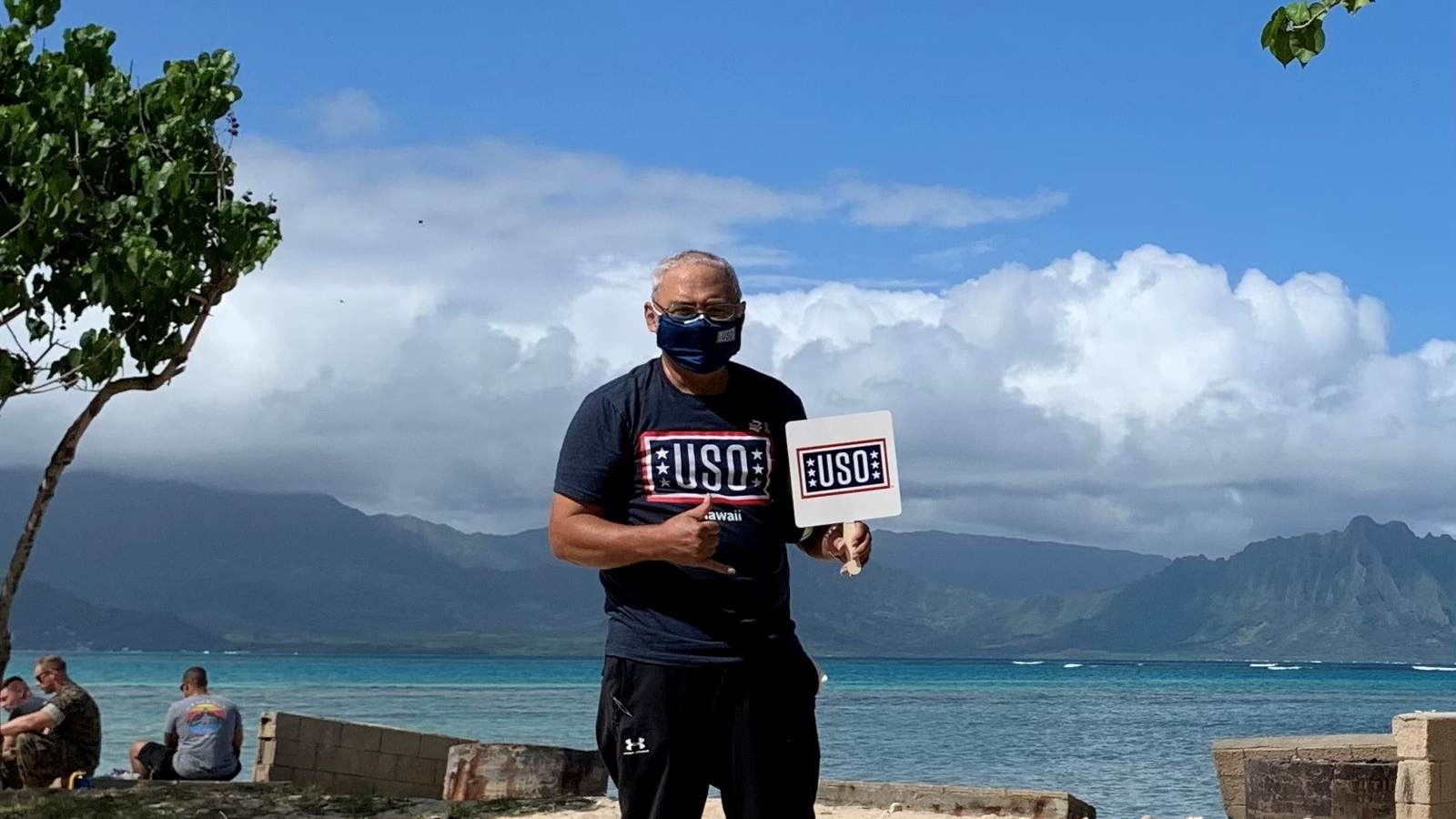 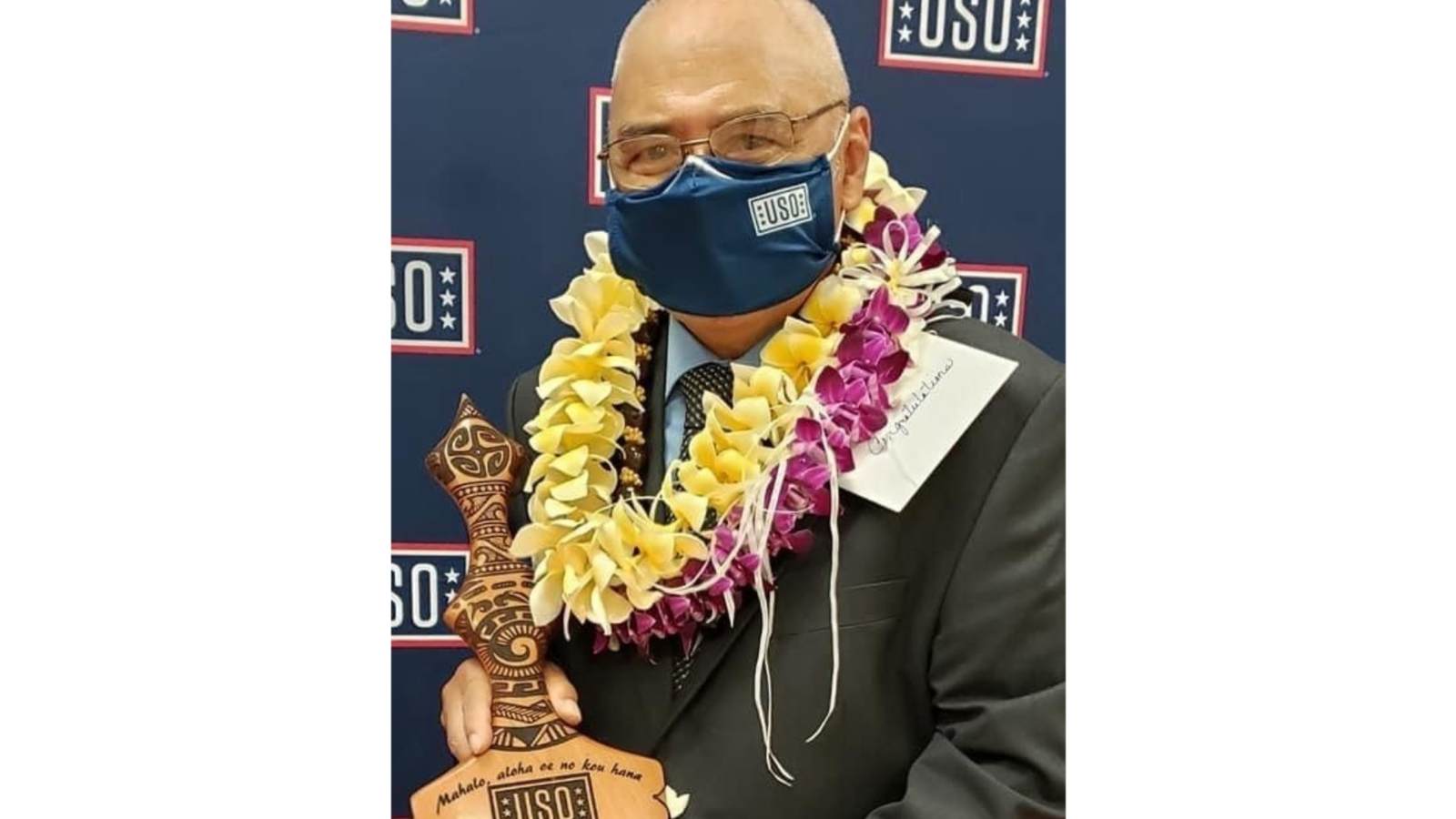 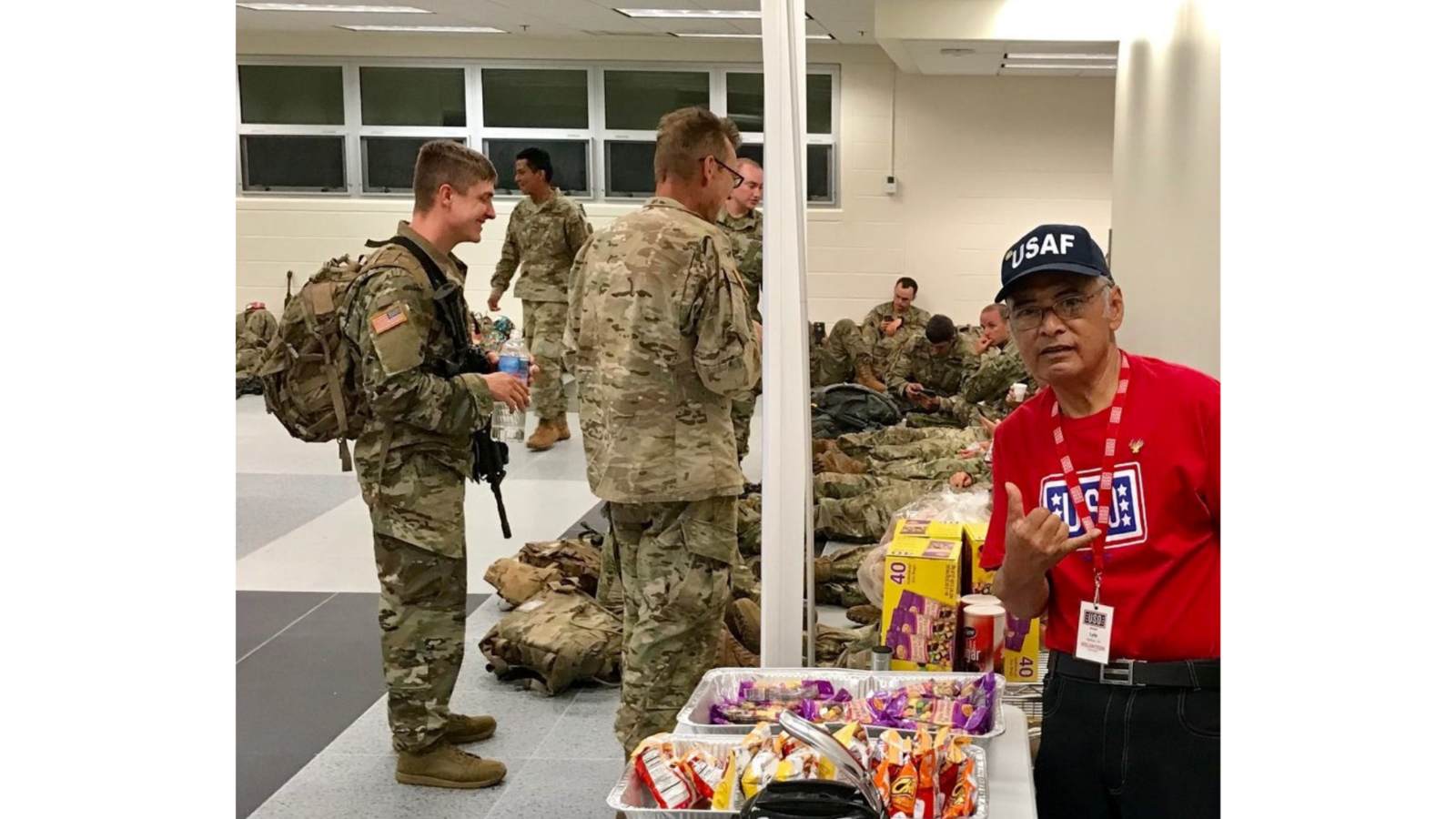 For service members, the call to serve can come at different times from an array of inspirations. For USO volunteer Lyle Apo, the call came from his own family.

Apo’s family is from Hawaii and lived in the downtown Honolulu area during the 1940s - and during the attack on Pearl Harbor. Fortunately, his family survived the attack unharmed, but the experience shaped his family’s future forever.

Like many other young men and women, Apo’s father was inspired to serve his country after the attack on Pearl Harbor and joined the Army. He served honorably during World War II and continued serving until 1980 when he retired as a chief warrant officer. He also served with the Hawaii Army National Guard.

As a boy, Apo watched his father’s years of service with an observant eye. On one of the days when his father deployed, Apo recalls that his extended family was coincidentally celebrating a wedding, so several relatives went to the Honolulu airport to proudly see his father off for his tour in Vietnam.

Two of Apo’s older brothers would also go on to serve tours in Vietnam, and other family members served as well, thus continuing the family’s commitment to service – a commitment Apo himself would later continue.

Continuing a Family’s Call to Serve-

Apo’s family is big by today’s standards. He is the ninth oldest child out of 12 children – 10 boys and two girls. His closest younger brother is two years younger. As Apo grew older, and he knew he wanted to enlist, he patiently waited for his younger brother to graduate high school so the two could join up together.

Apo enlisted in the Air Force at 20 years old in October 1972, serving his first tour of duty at Clark Airbase in the Philippines. At age 21, Apo witnessed Vietnam prisoners of war coming to Clark Airbase before going back home. Many of them were his age or younger. This made a lasting impression on him and sparked an interest in following Vietnam’s history and memorabilia throughout his military career.

Apo went on to have a full military career, retiring from the Air Force. He went on to have a civilian career with the Defense Commissary Agency. He has years filled with memories he looks back on still today.

One of his favorite memories was during Desert Storm while he was stationed in Incirlik, Turkey. During the tour, Apo expressed interest in learning about the KC-135 Stratotanker Aircraft and was permitted to hop aboard the aircraft during a live refueling mission. Always curious and eager to learn, witnessing the refueling event still stands out in his mind.

A Volunteer Opportunity to Become a Force Behind the Forces™-

Years later, after Apo moved back to Hawaii, a friend asked him to volunteer with him at USO Hawaii. Apo agreed to take him up on the volunteer opportunity, having known of the USO but admitted he had never really interacted with the organization during his military career.

When he volunteers at the USO, Apo especially likes to interact with the young service members traveling through the Hickam Air Force Terminal during troop movements. Reminiscing about his younger days, he jokes with the troops and tells stories. Plus, he always makes sure they have some extra snacks to take on their journey.

For many young service members, it is their first time away from home and their first time traveling out of their home state. Apo offers some reassuring words, reminding them to stop at the next USO airport center during their layovers so they can get a small taste of home while abroad.

Apo’s willingness to help others offers him the opportunity to help many other organizations in the community outside of the USO.

In 2020, Apo was selected as the USO Hawaii Volunteer of the Year. Most recently, he was honored as Volunteer of the Quarter of 2021 by both USO Joint Base Pearl Harbor Hickam and USO Honolulu for his outstanding commitment to volunteer where he is needed. He also supports USO Schofield Barracks, the Fort Shafter Lounge, and the Hawaii Area Office Special Events.

During his two and a half years with USO Hawaii, Apo has contributed over 1,800 volunteer hours and over 13,000 miles driving all over the island. He embodies the spirit of volunteerism, support and is, most importantly, a Force Behind the Forces.