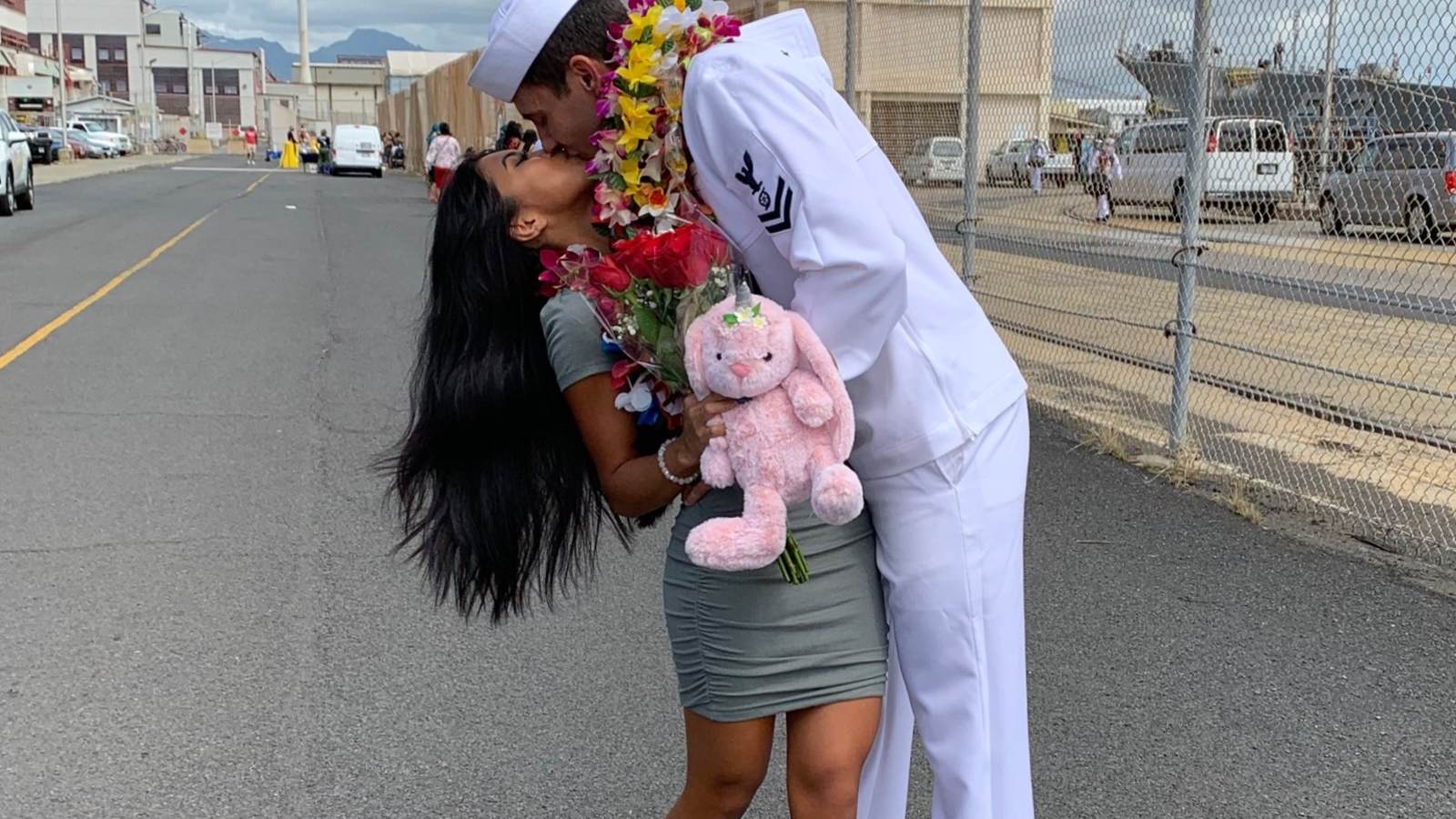 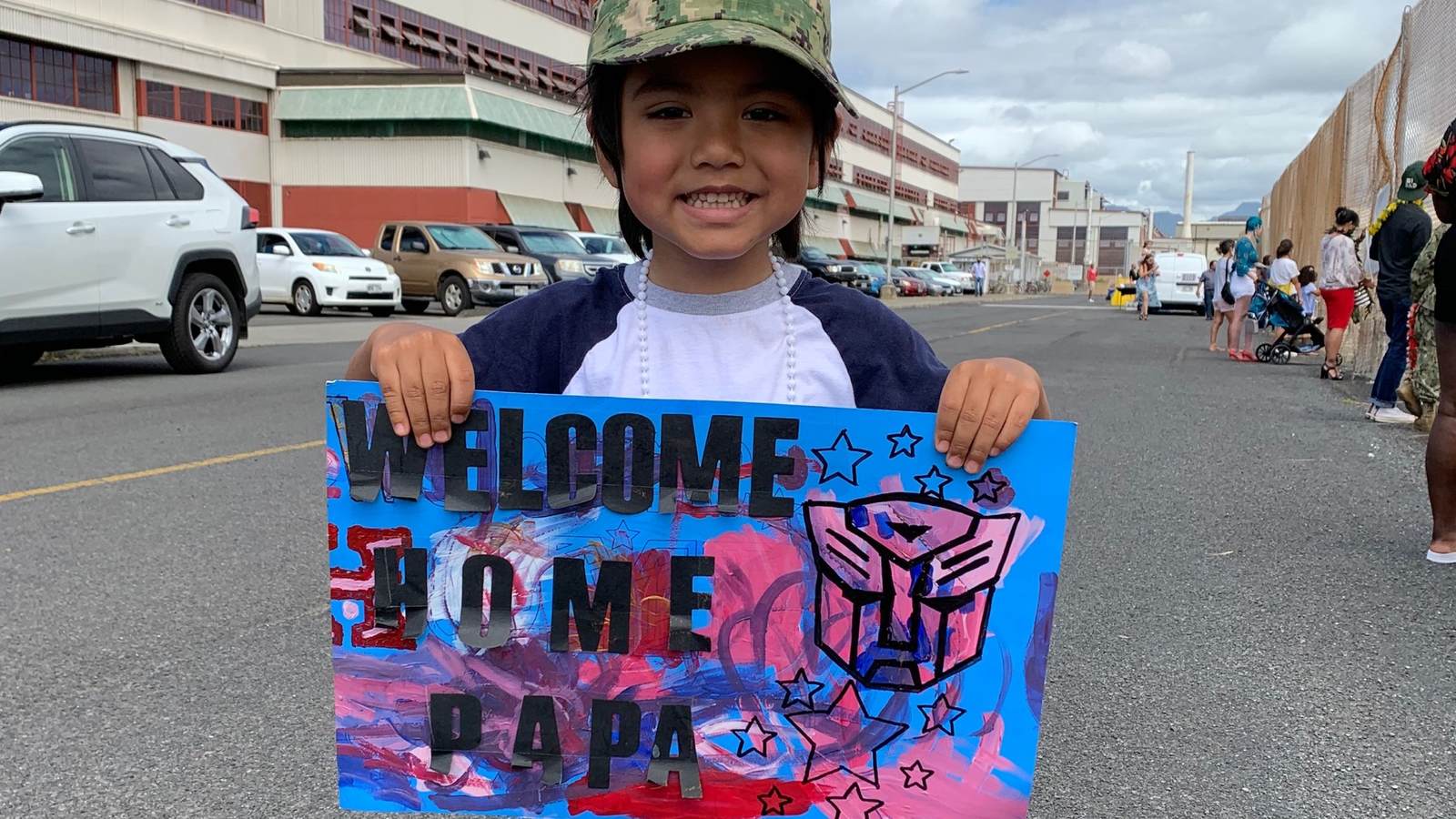 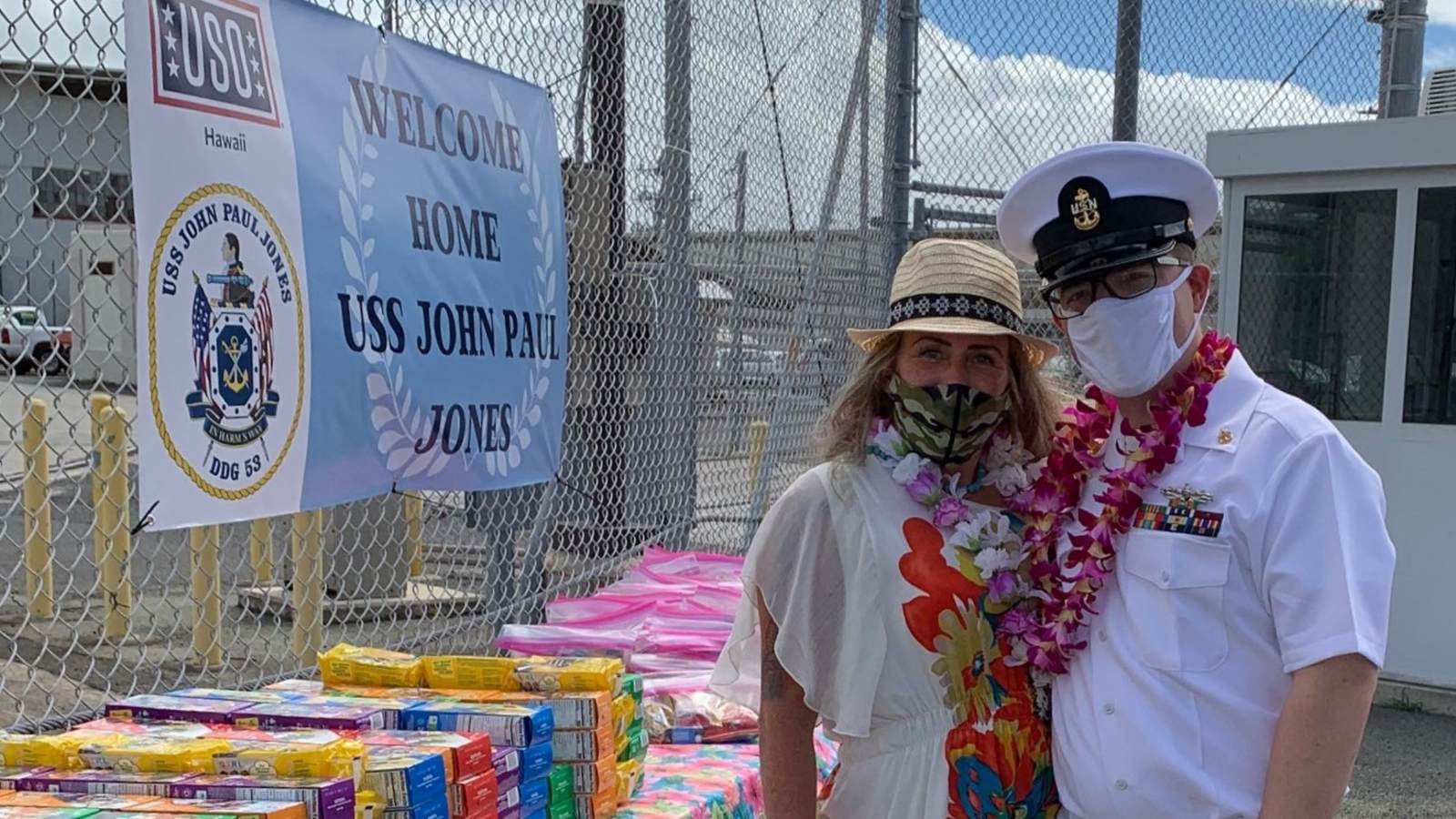 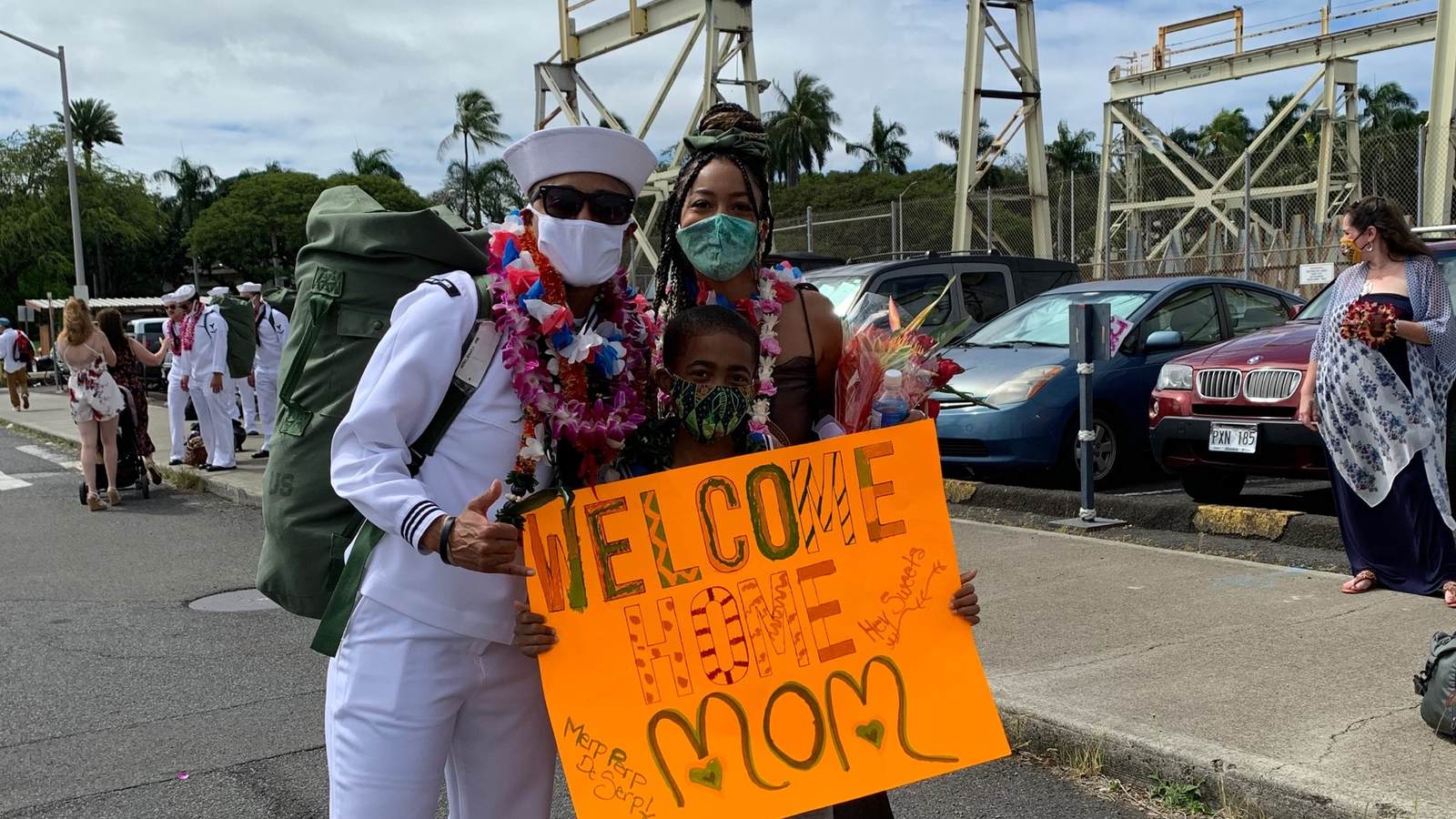 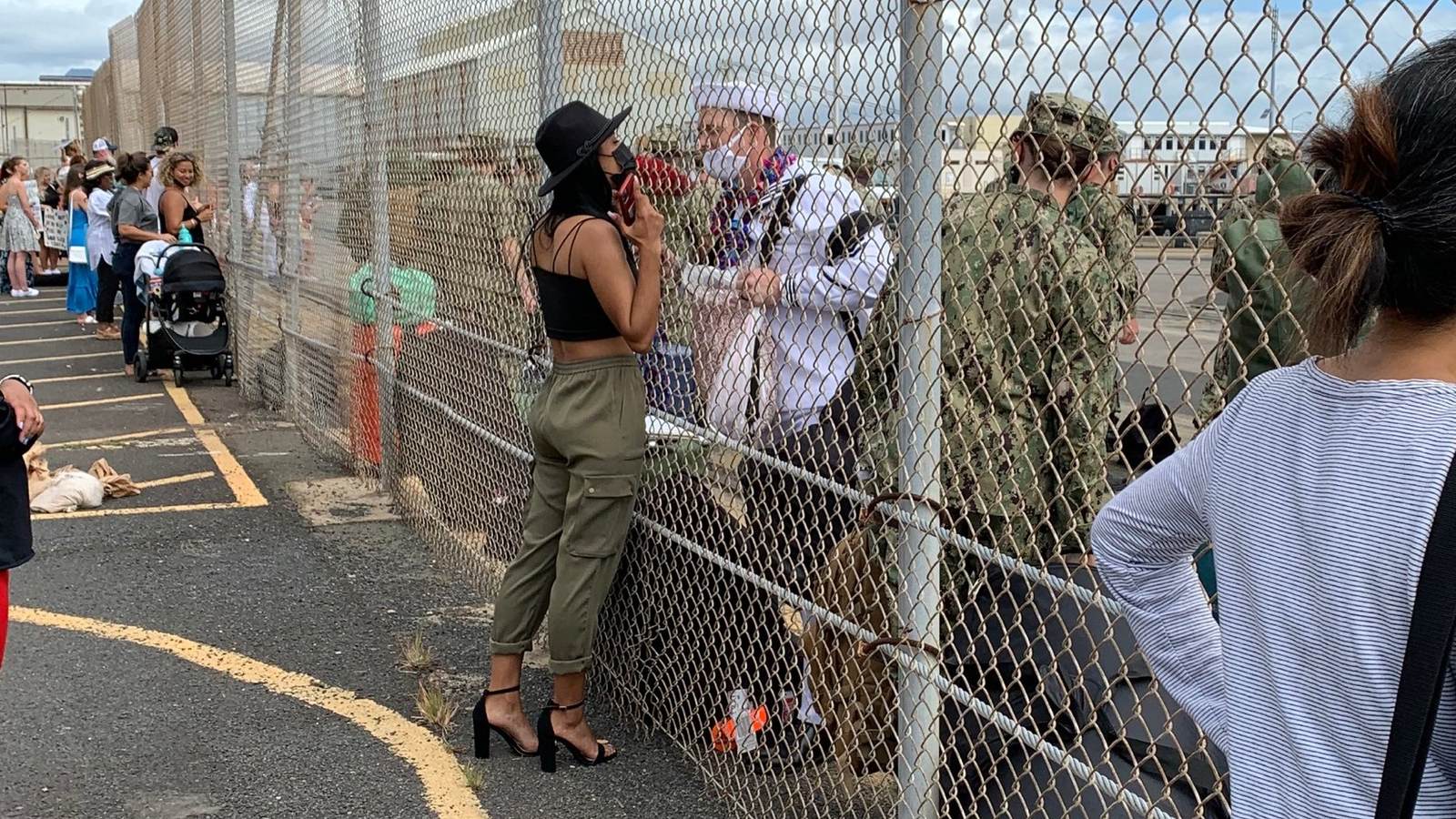 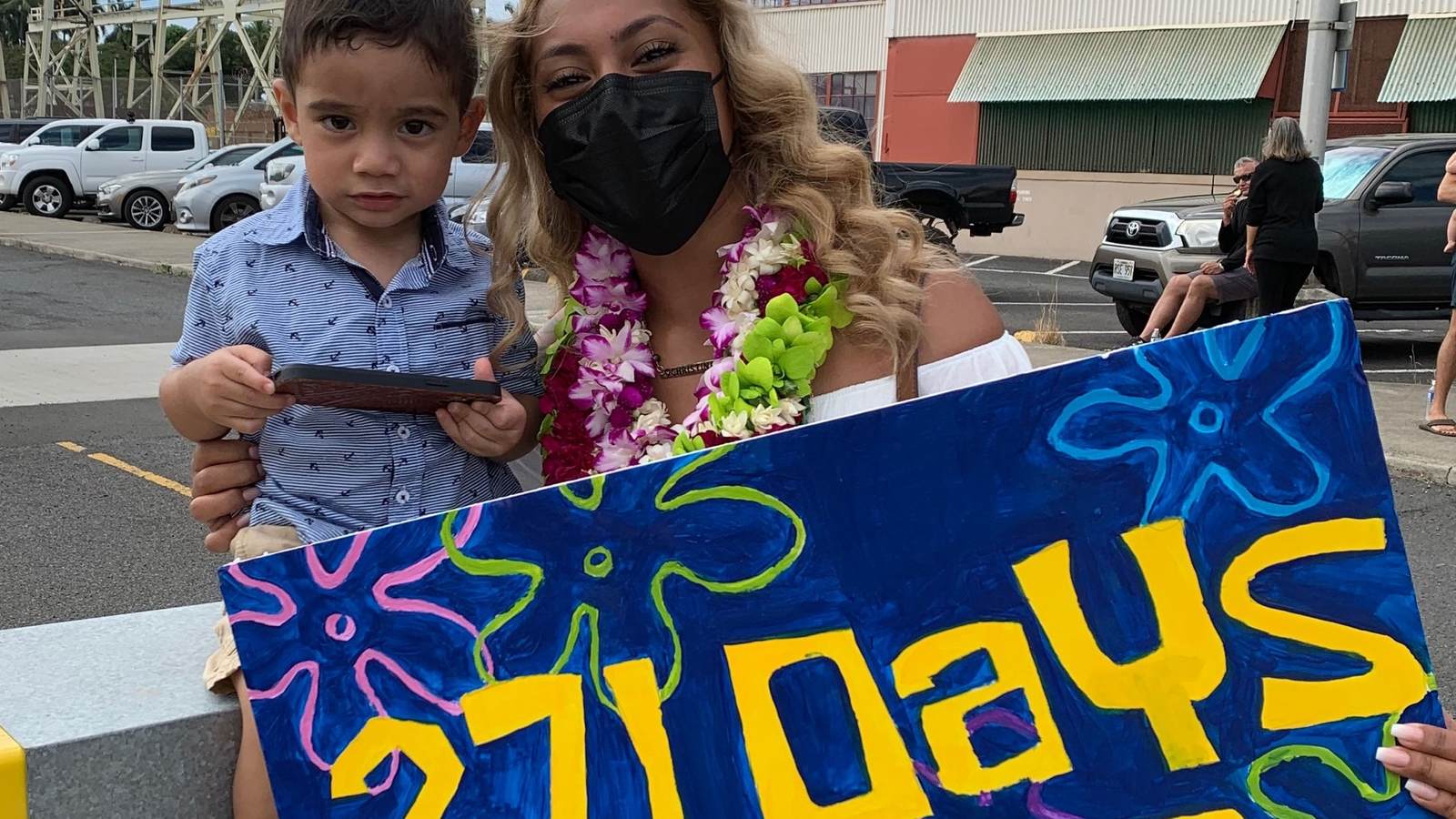 Thank you for your sacrifice families. 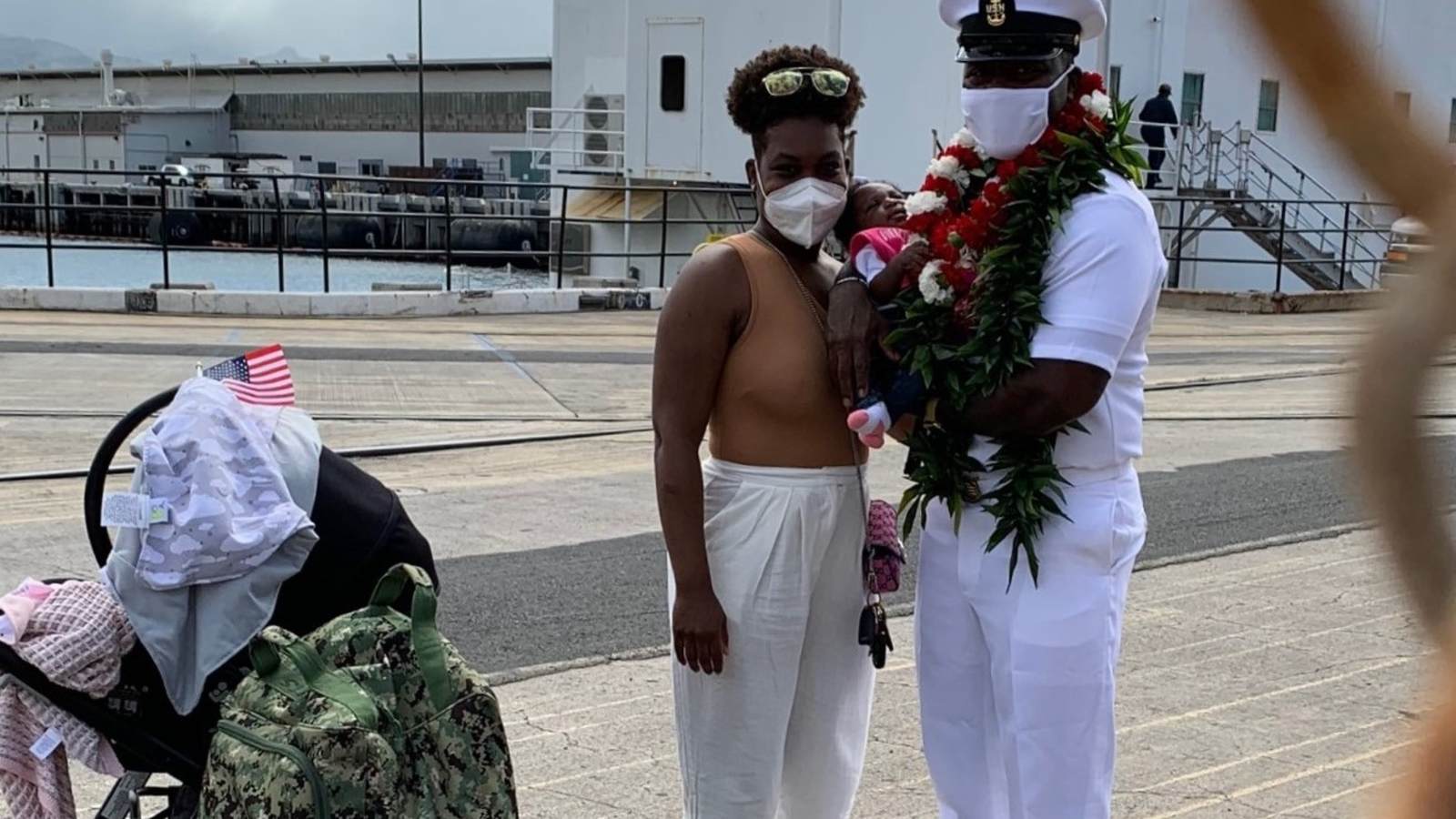 First time meeting each other. 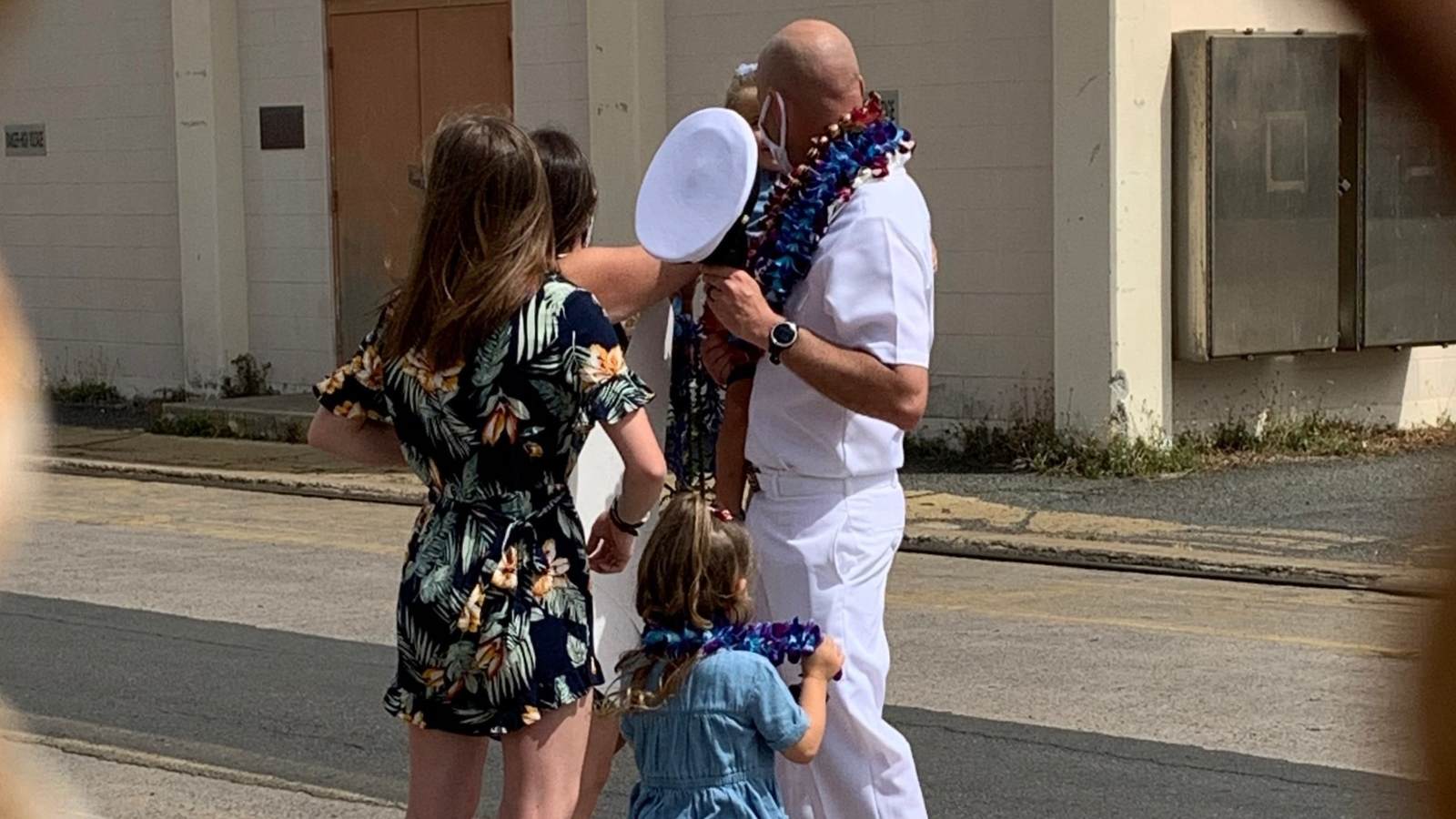 Behind the fence line, families separated for 271 days finally reunite.

A force to be reckoned with, the United States Ship (USS) missile destroyer carries the name of American Revolutionary War Naval Captain John Paul Jones. Constructed in Maine commissioned in 1993 and assigned to the Destroyer Squadron 23, the USS JPJ packs a big punch. She (all ships are shes) is equipped and capable of conducting offensive and defensive operations. She boasts stardom in the Hollywood blockbuster “Battleship” and is the subject of novelists Elliot Ackerman and James G. Stavridis’ “2034: A Novel of the Next World War”. USS JPJ also features in Tom Clancy’s “Executive Orders.”

However, the accolades are not only what make USS JPJ mighty. Her ultimate guiding forces are the approximate 360 sailors that make up her crew. Demanding trial and operational tests have primed her crew to withstand and execute numerous successful deployments. In the fall of 2020, she set sail again into the crystal blue waters of the Pacific Ocean to conduct operations in the Arabian Sea and the Indian and Pacific Oceans. An anticipated 6-month deployment became a long, 271 days away from family and country. This deployment was not like the others. In a time of COVID-19, “ports of call” are rare due to increased safety protocols. Under these conditions, a sailor’s resiliency wins out.

With the help of select Senior spouses of the USS JPJ, United Service Organizations Joint Base Pearl Harbor (USO JBPHH) delivered its mission of keeping Service Members Connected to Family, Home, and Country. USO JBPHH made sure the sailors and their families got the support they needed. During the 2020 Holiday Season, the USO cheerfully provided 150 Single Sailors with holiday bags full of toiletries and snacks intended to keep service members linked to home during their deployment. For the service members’ families here in Hawaii, the USO provided the children with a Christmas Tree Edible Craft. March 2021, USO delivered snacks, drinks, and paper Lei-making supplies for another family building event. Finally, in April, the homecoming preparations began. The USO donated a large Welcome Home banner and additional donations of snacks, soft drinks, and craft supplies for the children to create their own unique Welcome Home signs for their loved ones.

On 30 April, the USS JPJ returned home at its first entry point with a Missing Man Formation salute. As USO prepared for the homecoming, we saw firsthand the incredible strength of the Military Family. Their collaborative efforts and enthusiasm did not falter even after numerous date changes and setbacks. It is safe to say that the USS John Paul Jones is fully capable of operating independently. The families that stay behind are the binding element of this synchronized force that allows her to roar her motto: “I wish to have no connection with any ship that does not sail fast, for I intend to go in harm’s way.” “U.S.S. John Paul Jones (DDG 53): History”. US Navy. Archived from the original on 10 October 2008. Retrieved 23 February 2019.