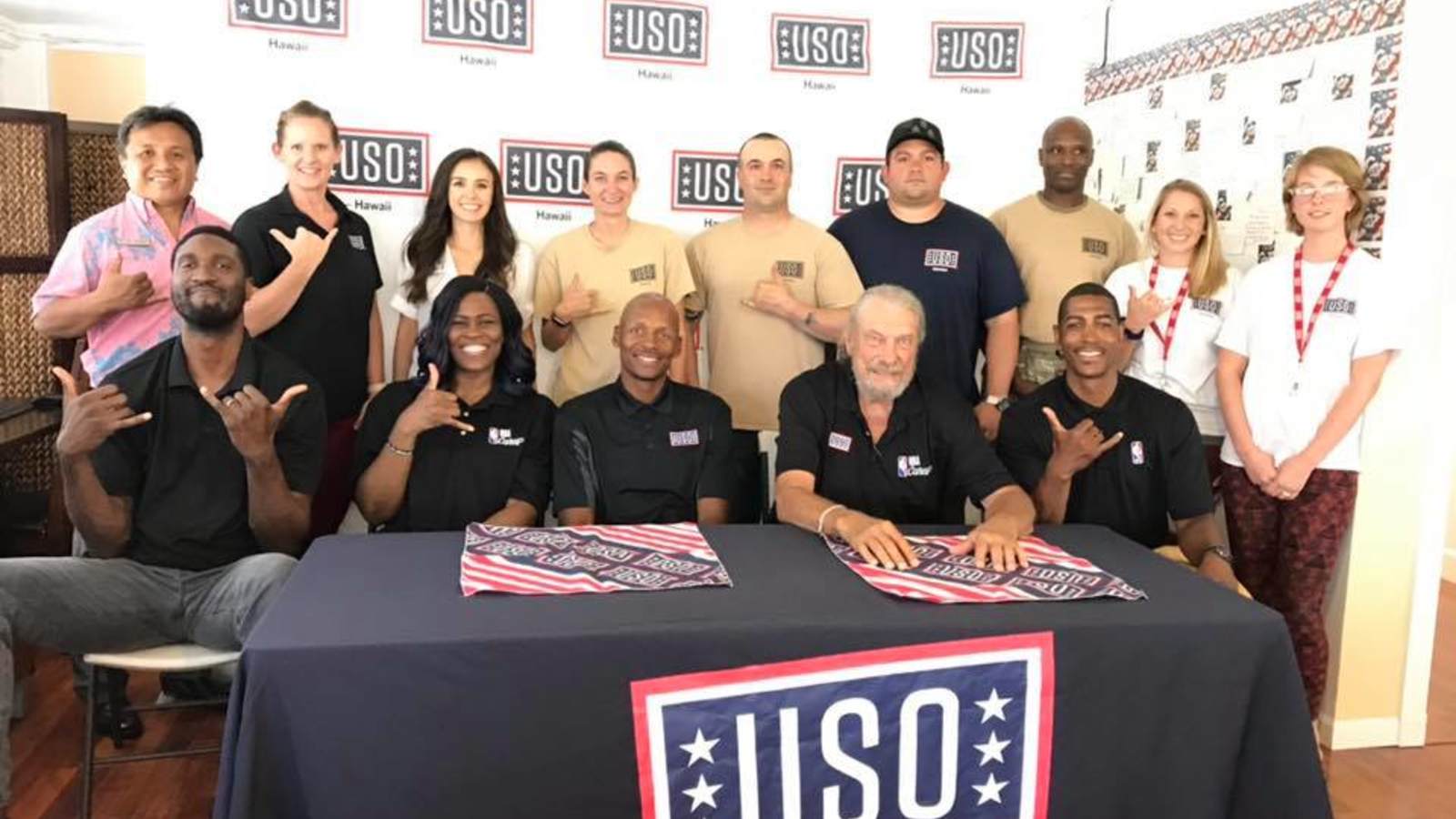 USO Hawaii staff and volunteers are all smiles with the Hoops for Troops legends. 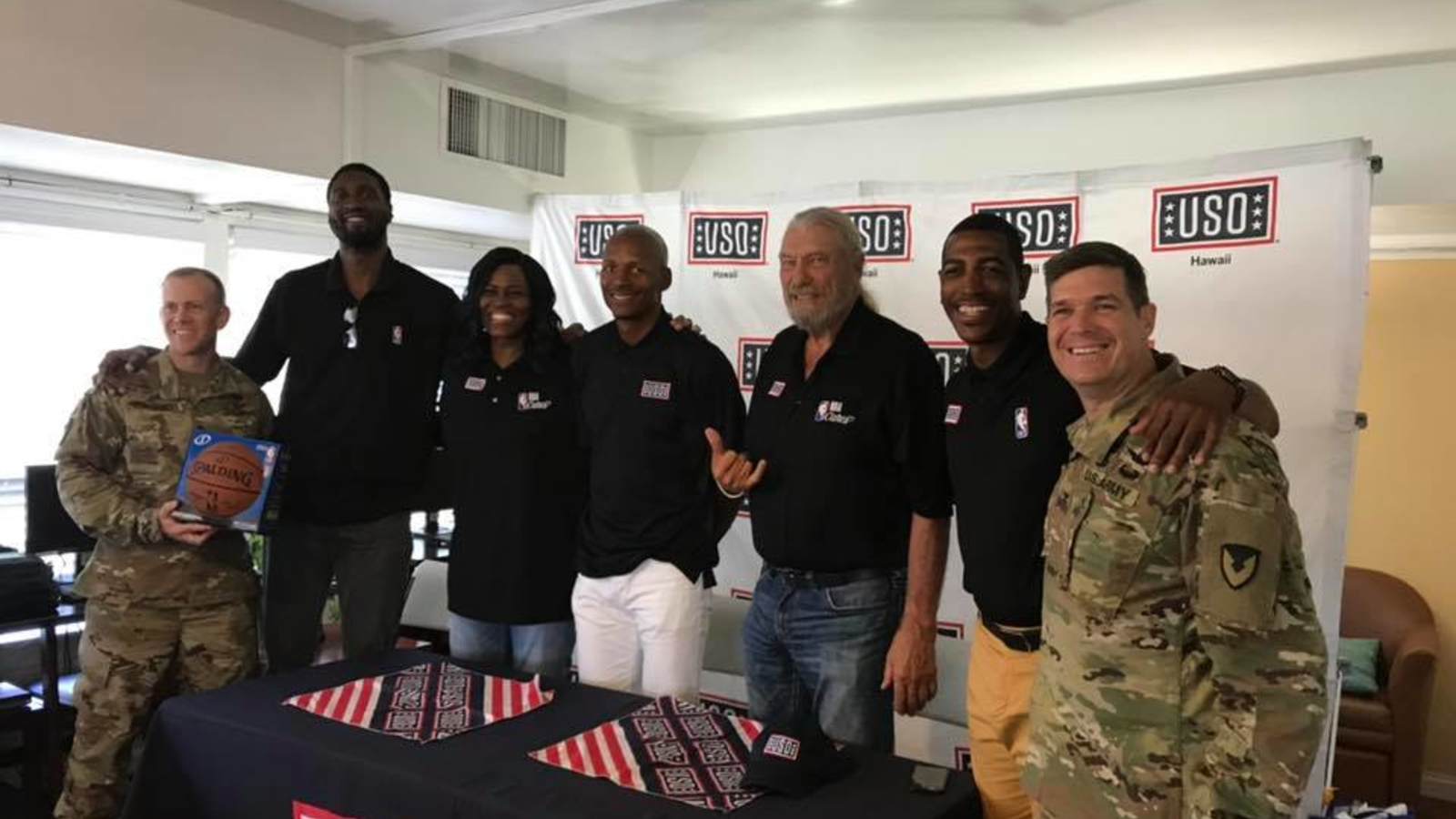 USO Schofield Barracks held a meet and greet, where one lucky individual won an autographed basketball! Afterwards, all of our guests attended a NBA Finals watch party at the Tropics Recreation Center on Schofield Barracks.

The Hoops for Troops players and coaches met and greeted fans, took photos, and learned what the local USO accomplishes for personnel who visit the center. This visit from the NBA boosted morale, as there are many on the island who have a major interest in basketball. It was an honor to meet some of the legends, and the USO was grateful for the opportunity to host such a well received event.

Entertainment Is Our Tradition! Home for service members is where you are planted, and USO Hawaii took a day to connect with our service members. Events like this strengthen service members and their families by keeping them connected to the people, places, and things they love.

To learn about upcoming events and opportunities at all of our Hawaii centers, follow us on Facebook, USO Hawaii.